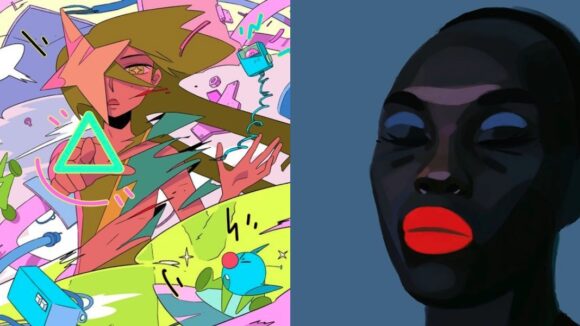 With the Annie Awards coming up in just two days, we’re using our latest Instagram round-up to highlight a few of the artists who are nominated.

These are five nominated artists whose personal and professional work we found inspiring. For the full list of nominees, see our earlier coverage.

Joe Sparrow is nominated for character design (tv/media) for his work on Disney Channel’s Amphibia. Sparrow shares a mix of original art and fan art, looping animation, and comics.

Federico Pirovano, nominated for character design (feature) for Wolfwalkers, shares production work from the film, as well as a short made by Cartoon Saloon for Greenpeace, and a video Pirovano art directed for TED-Ed.

Michael Moloney is nominated for direction (tv/media) on Cartoon Network’s Mao Mao: Heroes of Pure Heart. Moloney shares the occasional rendered illustration, but he mostly posts storyboards and animatics, as well as tips for story artists.

Julien Bisaro is nominated twice, for storyboarding and production design on the tv special Shooom’s Odyssey. He shares a mix of personal and professional work including character designs, concept art, animation tests, color scripts, and more.