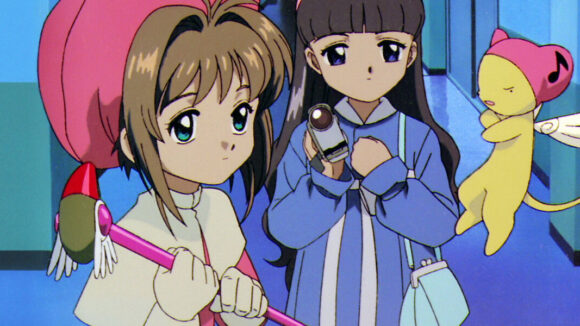 Anime is only becoming more internationally ubiquitous with time. A conference at this week’s Annecy Festival titled “The Influence of Japanese Animation on International Animated Creation” sought to explore the continuing influence of the industry — its style rather than its frequently terrible working conditions — on contemporary filmmakers.

In the one-hour Zoom conference, moderated by Alexis Hunot, the panelists spoke about old favorites and how their love of anime has affected their approach to their work. Read on to find out some of the things they’ve learned in their decades of watching Japanese productions …

Anime has its own visual language.

The panelists discovered anime in various ways, at different times. “I used to love Ulysses 31 and Battle of the Planets,” says Moore, “but the first time I was fully aware I was watching Japanese animation was when I discovered Akira on VHS tape as a teenager.” He also highlighted the “cut-out” stylings The Little Prince and the Eight-Headed Dragon as a major influence on his work.

Dudok de Wit also mentioned Akira, and added that old Japanese zenga and nanga paintings had influenced him due to their “sensitivity to negative space.” He said, “We know of course, in the West, that it has value. But [the Japanese] have explored it more, they value it more.”

Hernandez’s exposure to anime came largely via Cartoon Network’s Toonami block, where “one of my first biggest binges was watching Dragon Ball from the beginning all the way till the end.” The show inspired him to make tv “because of the very creative ways that these manga artists had to keep the story alive … I found out they changed Goku whose hair from black to yellow because they didn’t want to ink it anymore.”

Alexander said Cardcaptor Sakura was the first show that “made me want to draw.” For her series Onyx Equinox, she combined Meso-American culture with anime. Mentioning the “delicate features of anime characters,” she said she “wanted to see that kind of beauty in my own culture, and in my own heritage,” though she had to tone it down slightly “so people watching could go, ‘That could be me.’”

Animation is a medium for everyone, not just children.

Alexander noted that in the U.S, animation is often treated like a genre for children and families rather than “the medium that it is, to try to tell a story. For me, anime has always been a place where I could see different kinds of stories that I did not see in the U.S.”

Forzani and Cattet cited the more adult works Belladonna of Sadness, Vampire Hunter D: Bloodlust (for its “nouveau riche” aesthetic), and Perfect Blue as inspiration for the kind of story they wanted to tell with Darling, especially Satoshi Kon’s merging of “the inner universe of dreams with reality” in Perfect Blue.

Studio Ghibli has an influence all of its own.

Most panelists cited the works of Hayao Miyazaki and Isao Takahata as influences. Moore highlighted the nuances of the linework in The Tale of the Princess Kaguya: “If the line was aggressive … you could feel the aggression. Or if the line was soft, you could feel it when he animates the baby and it looks really soft and gentle. And I love the expressiveness [Takahata] managed — My Neighbors the Yamadas has a similar approach.”

Dudok de Wit also brought up Yamadas, saying of a scene where a husband falls asleep while eating a banana, “It’s so entertaining yet it’s so ordinary and quiet.” He has sought to emulate those moments of stillness in his own work. Hernandez mentioned Only Yesterday as an ideal example of reconnection with the natural world.

Cultural specificity can be embraced by international audiences.

Moore sums it up: “Seeing My Neighbor Totoro, part of it was just enjoying the domesticity and an insight into Japanese culture, which at the time was quite foreign to me.” That the film could do this and still talk about universal themes guided Moore in his own filmmaking: “[It] made me feel like we didn’t have to pretend that Ireland wasn’t in a specific time; we could really go into the specifics and really show the culture that we were familiar with here, and that would still be interesting to an international audience.”

Alexander had a similar realization: “I wanted to see my culture on tv. Ever since I was little, I was hoping that Disney or Cartoon Network or someone would do it. But then, as I grew up, I realized no one’s going to do it, so I’m going to do it.”