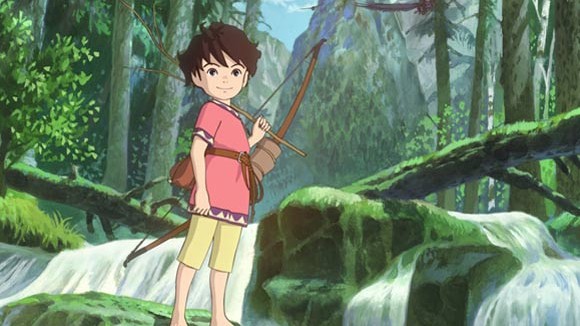 Studio Ghibli will produce its first animated series for television with Hayao Miyazaki’s son, Goro Miyazaki (Tales from Earthsea, From Up On Poppy Hill), at the helm. Titled Ronia the Robber’s Daughter (Sanzoku no Musume Ronia), the CG series is based on the book of the same name by Swedish children’s author Astrid Lindgren (Pippi Longstocking).

Set in a medieval European forest, it is a coming of age story revolving around Ronia, daughter of a bandit tribe’s chief, whose fascination with the mysterious creatures that live in the forest leads to an encounter with a boy named Birk, the son of an enemy chieftan.

“Ronia the Robber’s Daughter is a story not just about a girl who grows into adulthood,” Goro Miyazaki says, “but it is also a story about the love and growth between a parent and child, and a story about the bonds between friends. My goal is to create a work that everyone, from children to adults, will be able to enjoy.”