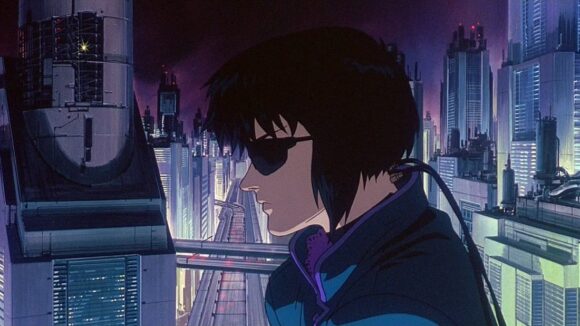 Production I.G recently made a couple of major announcements.

The venerable Japanese production house has promoted Maki Terashima-Furuta to the role of president of its American arm, Production I.G USA. Terashima-Furuta founded the U.S. subsidiary in 1997 and has served as its vice president for the last twenty years.

During that time, she has overseen all phases of development, production, and distribution of the company’s projects including Mamoru Oshii’s Avalon and Ghost in the Shell 2: Innocence, as well as IGPX (Cartoon Network), Clone Wars (Lucas Animation), Batman: Gotham Knight (Warner Bros. Animation), Cyborg 009 (Netflix), Perfect Bones (Netflix), and most recently, the Dreamworks/Paramount live-action feature Ghost in the Shell, on which she served as co-producer.

“Maki has been the driving force of spreading manga in the USA,” said Production I.G USA chairman, Avi Arad. “Her deep understanding and support was crucial in getting our first live action manga, Ghost In The Shell, going. Under her leadership, Production I.G has expanded its horizons into original anime programming for Netflix and others. She is full of life, optimism, and just a pleasure. Her commitment to this form or art is unyielding.”

“Maki, Avi and I make up the smallest yet probably mightiest team of Production I.G USA,” said Mitsuhisa Ishikawa, president and CEO of Production I.G. “I’ve always considered Maki as a proprietor, as opposed to an employee. She has shown great faith and dedication to our mission, and I am certain that her strong leadership skills will take the company to another level.”

Mamoru Oshii also weighed in with a statement of his own about Terashima-Furuta: “I’ve known Maki for over 15 years, and not only has she managed post production for all of my work, she’s also provided all kinds of other vital support during the process. She’s not blood-related to the CEO of Production I.G, but there’s no doubt that they share the same essential spirit. She’s become a world-renown ‘Wild Business Woman,’ someone with incredible instinct and courage. And I feel truly optimistic about her future.”

Terashima-Furuta will be busy working on Production I.G’s next project, which the company also announced this month: a new animated version of Ghost in the Shell that has been greenlit for production.

The new project will be co-directed by Kenji Kamiyama (Ghost in the Shell: Stand Alone Complex series) and Shinji Aramaki (Appleseed, Apple Seed Alpha). Its release date and format have yet to be announced.

Kodansha, the publisher of Masamune Shirow’s Ghost in the Shell manga, is on board as co-producer.