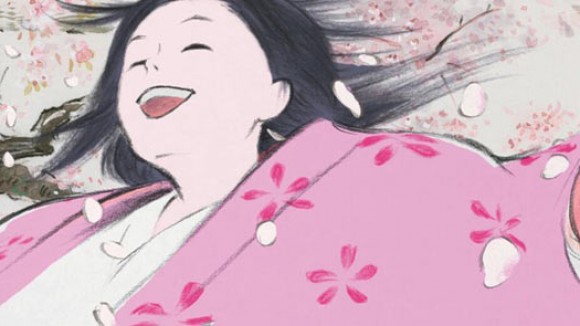 Studio Ghibli will release seventy-seven-year-old Isao Takahata’s new film, Kaguya-hime no Monogatari (The Story of Princess Kaguya), into Japanese theaters on November 23, 2013. Earlier this week, they unveiled a minute-long teaser, the most extensive look at the film to date:

Kaguya-hime is Takahata’s fifth feature directorial effort, and his first film since My Neighbors the Yamadas which was released fourteen years ago. His eclecticism has often been reflected in his choice of film projects—Grave of the Fireflies, Only Yesterday, Pom Poko—and Kaguya-hime, which is based on the folktake “Tale of the Bamboo Cutter,” has many unconventional elements as well. Notably, the film’s textured pencil line and free-flowing animation style borrows liberally from the world of indie animation filmmaking and looks refreshingly different from the Ghibli standard.

One American film site commented that the animation “looks like unfinished storyboards waiting to be animated.” That assessment reflects how the average filmgoer who is accustomed to the lushness of CGI may perceive a more expressionistic animation style that doesn’t display ever tedious visual detail onscreen. Hopefully, audiences in Japan, where seven of the top ten films at the 2013 box office are animated, will prove themselves to be a receptive audience for Takahata’s stylistic experimentation.