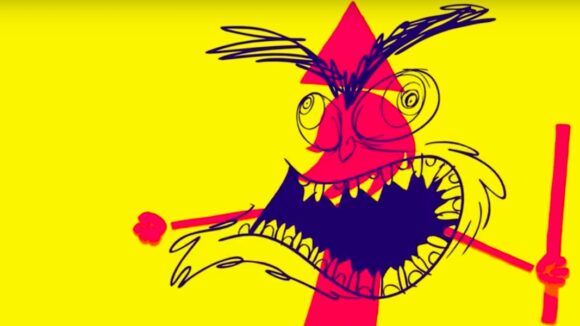 In the past week, social media has been abuzz with talk about “COPPA,” a law with potentially huge ramifications for Youtubers who create kids’ content — and indeed animators in general. Here’s what we know.

Youtube has announced a new system for identifying kids’ content on its platform. From January 1, 2020, creators will be asked to specify which of their videos — new and previously uploaded ones alike — are “made for kids.” They will be able to define entire channels as kid-oriented, too. This rules applies to all creators, regardless of where they are based.

What will happen if they do?

On videos and channels marked as “for kids,” Youtube will no longer collect data on viewers (cookies) and show them targeted ads. Instead, “contextualized ads,” based on the video’s content, will be played. These videos and channels will also lose a number of features. On “kids” videos, things like comments, info cards, and end screens will be disabled; channels will no longer have notification bells, community tabs, stories, and more.

Why is this going on?

These plans are Youtube’s way of complying with a landmark settlement reached with the U.S.’s Federal Trade Commission (FTC) and the New York attorney general on September 4. Youtube was fined a record $170 million for — according to the complaint — violating the Children’s Online Privacy Protection Act (COPPA). This law prohibits websites from gathering personal information on children (anyone under 13) without their parents’ consent. (The FTC’s website has more on the complaint.)

What will this mean in practice?

One upshot of the ruling is that the video platform is no longer allowed to show children targeted ads. Creators of kid-friendly content will very likely notice a drop in revenue, as targeted ads pay them more than non-targeted ones. Tubefilter estimates that they could lose 60%–90% of their income.

Moreover, the disabling of features will discourage engagement with their videos. In other words, they will get fewer views — a further blow to their revenue. Finally, songwriter and prolific Youtube creator Parry Gripp has noticed that videos he marked as “made for kids” stop appearing in Google searches:

Dear @youtube creators, have any of you noticed that your videos marked "for kids" don't show up in a google search? It's as if @Google is censoring all of my wholesome kid friendly videos! No "Raining Tacos"! No "Space Unicorn"! Who does this help? #coppa pic.twitter.com/fKmWQNd76K

This is a bone of contention. Youtube has outlined a few criteria in an explanatory video (see below) and its help center: the video’s subject matter, whether children are featured, etc. But the company admits that there are gray areas, and advises confused creators to consult their lawyer. (They can also contact one of the FTC’s approved industry organizations with questions.)

The FTC’s own guidance adds another criterion: it notes that “the use of animated characters or child-oriented activities and incentives” is a factor in determining whether content is aimed at children. However, it goes on to say, “While many animated shows are directed to kids, the FTC recognizes there can be animated programming that appeals to everyone.” Even so, many animators who upload to Youtube are now anxious about how the settlement could affect them.

How have creators reacted?

Not well. Some anticipate that the shortfall in revenue will destroy their channels, and even their careers. Many, frustrated by the vagueness of Youtube’s guidelines, are left with unanswered questions: what about content with a broad appeal, like some video game channels and non-adult animation? Others are indignant at being told to speak to lawyers — legal advice doesn’t come cheap.

Animator Joanna Davidovich expresses her concerns in the video below; reactions from other animators and Youtube creators are included at the bottom of this article.

What if creators don’t comply?

The FTC has clarified that it could directly fine channel owners who abuse the system (up to $42,350 per mislabeled video). This means that creators, not Youtube, are responsible for the correct labeling of their videos. However, the FTC also states that, when determining the size of a fine, it will consider factors “including a company’s financial condition and the impact a penalty could have on its ability to stay in business.”

Youtube has also announced that it will use machine learning to identify unlabeled kids’ content. But it admits that such a system “is not perfect,” so creators of adult content could find their videos incorrectly defined as “for kids.”

What else can creators do?

They can move to Youtube Kids, which runs no targeted ads. However, some say that the very existence of Youtube Kids as a “safe space” for young audiences removes the need to protect children on Youtube proper. By this argument, if a parent lets his or her kids use Youtube, he or she is implicitly consenting to their data being collected.

There is also talk of an exodus to other platforms, such as Twitch or Mixer. Yet Youtube’s new system is underpinned by the federal law of COPPA, which could be enforced against those platforms, too. This law, which was enacted in 1998 and amended in 2013, was designed to protect children’s privacy, but some argue that it’s now harming kids by undermining the industry that creates videos for them.

Could the law change?

The FTC is currently inviting the public to comment on its implementation of COPPA. It wants to hear from parents, creators, and anyone else with a stake in kids’ content. Comments can be submitted here.

A sample of what Youtubers and animators are saying about COPPA:

COPPA is serious. If it doesn't get more attention you can pretty much expect the end for gaming, animation, and cartoon videos on YouTube.

brb putting stuff like this after all my new otherwise pg cartoons #COPPA pic.twitter.com/IjrKyVZV2Y

The more I look into COPPA, the more concerned I am.
I may have to shift everything to Newgrounds and elsewhere. It’s not too bad a problem I don’t think- I don’t have the video volume of Game Grumps- say. But I can’t take that risk.
It’s an extremely nasty law.

No joke, I AM going to quit YouTube in February based on how much COPPA is enforced in January.

There is very little way for my type of content to be okay under its legal definitions.

Disgusting. Content creators paying the price of youtube's failures and bad parenting. This cannot stand. The way he speaks about suing creators makes my skin crawl. This is something that affects everyone. The freedom of internet creativity itself is being threatened imo. eugh. https://t.co/7M0fEIX7w8

It'd be cool if some new website/streaming service came along and scooped up all the animators leaving Youtube because of Coppa.

(Image at top: “10 Geek Things Be Like!” by Oli Putland, one of the animators concerned by COPPA.)