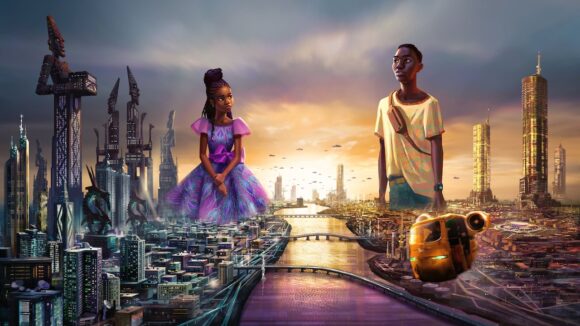 If you want to work for Cinesite, you no longer have to live in the orbit of London, Montreal, or Vancouver. In the wake of lockdowns, the studio has embraced flexible working for good. “Things will never be the same again for our teams,” it notes.

The company will keep its offices in the three cities. Cinesite London, Montreal, and Vancouver employees will choose whether to work onsite, at home, or across both. Cinesite decided on this policy following staff feedback, and after ensuring it can set up secure remote and cloud-based technologies.

In a statement, the company said, “Irrespective of the choice Cinesite employees wish to make, we will provide opportunities for the team to connect, including all-team meetings to provide transparency and motivation as well as seasonal opportunities to socialize with colleagues and friends.”

It predicts that the new set-up “will benefit staff wellbeing, geographically inclusive recruitment, and will reduce our environmental impact.”

After everyone settled into their new work-from-home environment, we quickly realized we could be even more creative and effective in delivering high-quality series and feature film work, when adopting a flexible way of working. Our staff are at the core of Cinesite’s success, everyone is different and we celebrate that. By allowing individuals to work according to their own working styles, we’ll get the best out of everyone, rather than forcing them to conform to another person’s style, at their detriment.

The policy was announced alongside the hiring of Bradley Wald as Cinesite’s first-ever animation chief operating officer. Currently based in L.A., Wald will oversee the company’s animation business in London, Montreal, and Vancouver. He was most recently chief financial officer and svp of operations at Laika.

Ever since animation studios proved they could stay productive throughout lockdowns, the idea of permanent flexible working has been hotly debated across the industry. Some studios are moving in the same direction as Cinesite: last year, the co-founder of London’s Blue Zoo told us why his company was loosening requirements for staff to work onsite.

Among Cinesite’s recent productions are The Addams Family 2 and Riverdance: The Animated Adventure, the first release from its first-look service deal with Aniventure. Its current slate includes Hitpig, another Aniventure feature, and Disney’s Iwájú, which will launch on Disney+ next year (image at top).