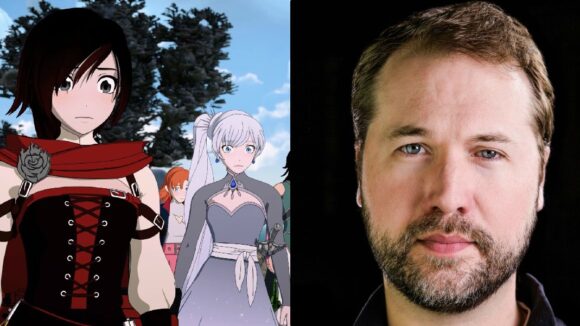 Austin, Texas-based animation studio Rooster Teeth Productions, a subsidiary of AT&T’s Warnermedia, has recently come under fire regarding exploitative practices that allegedly perpetuate a “crunch time” culture, deny overtime pay to workers, and prey on the artists’ desire to advance their careers. The company is best known for productions like Red vs Blue, Gen: Lock, and RWBY (pictured at top).

The accusations against the company were posted by a number of anonymous employees on Glassdoor, a site that allows current and former employees of companies to review their place of employment, and further discussed on a Reddit thread. A number of the complaints are cataloged in this article on Popdust.

Georden Whitman, a former Roster Teeth employee and creator of the series Nomad of Nowhere, confirmed on Twitter that the company has behaved unethically toward its workers and made false promises: “Ill be the reliable one when i say its true and people likely dont want their careers affected when seeking jobs elsewhere. A ton of people were let go with the promises of that they would become full time. When they asked during production where things stood, they were lied to.”

Whitman went on further to say that the company has been aware of its poor management for many years and has made no attempt to address longstanding issues: “One more thing, RT will likely not say or acknowledge anything as it’s their policy. Its how they sweep problems under the rug, they want people to forget. either that or itll be a blanket ‘were working on it.’ For three + years they’ve been working on it.”

Following the outpouring of complaints about the studio, Rooster Teeth CEO and co-founder Matt Hullum (pictured at top) released a statement to apologize to “all who have been affected” and to acknowledge that “we could have better managed our animation pipeline.”

Hullum also detailed the steps that the company is taking to address its workers’ gripes. As part of these structural changes, its current head of studio for animation, Gray G. Haddock, will step down to take on a strictly creative role. The company says that Haddock’s new role was “previously planned” and not related to the current situation. However, the studio plans to hire a new production head of the department to be responsible for overall producer hierarchy and staff management.

Hullum also explained that Rooster Teeth is consulting with “experienced leaders in the animation industry on our workflow, pipeline, production structure, and other areas to enhance the workplace experience for our staff.” Marge Dean, the head of another Warnermedia subsidiary, Ellation Studios, will serve as a consultant to help Rooster Teeth find a new studio lead.

Hullum’s message, however, doesn’t directly address any of the claims made by employees accusing the company of fostering a corporate culture where oppressive working conditions and false promises of full-time employment are the norm. The studio is non-union and pays substantially less than U.S. animation professionals receive to do the same type of work in union shops.

You can read Hullum’s statement in full below:

We have seen the recent messages about Rooster Teeth’s animation studio related to crunch, and want everyone to know we take these concerns seriously. We acknowledge that we could have better managed our animation pipeline, and we apologize to all who have been affected.

Over the last several months we conducted a review and have taken several steps to improve communication and workflow to ensure we have a studio where people are happy to come to work every day. We are announcing today new measures on the road to improvement.

Effective today, we are moving forward with a previously planned change in our producing and creative structure. Gray G. Haddock is stepping down as head of studio for animation to dedicate himself to a strictly creative role. With Gray’s help, we have been in the process of hiring a new production head of the department, who will be responsible for the overall producer hierarchy and staff management. We want to thank Gray for his hard work and dedication to growing the animation studio over these years, and are excited to continue working with him in this new capacity.

Further, we are consulting with experienced leaders in the animation industry on our workflow, pipeline, production structure and other areas to enhance the workplace experience for our staff. Margaret M. Dean, the head of Ellation animation studios and president of Women In Animation, will consult with us and aid the search for a new studio lead.

We’ll always continue to work on improvements to our workplace, and we appreciate everyone’s support and feedback on this ongoing mission.