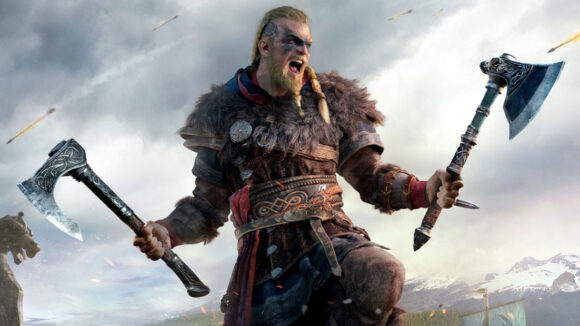 Paris-headquartered Ubisoft, publisher of videogame franchises that include Assassin’s Creed, Tom Clancy’s Rainbow Six, Splinter Cell, Ghost Recon, Far Cry, For Honor and Watch Dogs, announced this evening that three of its senior leadership figures are resigning following extensive allegations of sexual harassment and misconduct by its employees, many of them located at its Canadian studios in Montreal and Toronto. The company employs 18,000 people globally.

Whoaaaa Ubisoft just announced that Serge Hascoet, the most powerful creative force at their company and the man at the center of multiple recent allegations involving abuse and abating abusers, is resigning.

This is a *huge* deal for Ubisoft. Serge Hascoet was the man in charge of ALL of their games. With one word he could greenlight or cancel a project. Many Ubisoft employees believed he was too powerful and close to the CEO to ever be ousted, no matter how many allegations emerged

Last month, Ashraf Ismail, creative director of Ubisoft’s upcoming “Assassin’s Creed Valhalla” (pictured at top), left the company after it was alleged that he had had numerous extramarital affairs with Ubisoft fans while pretending that he was single.

“Ubisoft has fallen short in its obligation to guarantee a safe and inclusive workplace environment for its employees. This is unacceptable, as toxic behaviors are in direct contrast to values on which I have never compromised — and never will,” said Yves Guillemot, CEO and co-founder of Ubisoft, in a statement this evening. “I am committed to implementing profound changes across the Company to improve and strengthen our workplace culture. Moving forward, as we collectively embark on a path leading to a better Ubisoft, it is my expectation that leaders across the Company manage their teams with the utmost respect. I also expect them to work to drive the change we need, always thinking of what is best for Ubisoft and all its employees.”

Here are more details from Ubisoft about the latest resignations of Hascoët, Mallat, and Cornet:

Serge Hascoët has chosen to resign from his position as Chief Creative Officer, effective immediately. This role will be taken by Yves Guillemot, CEO and Co-Founder of Ubisoft, in the interim. During this time, Mr. Guillemot will personally oversee a complete overhaul of the way in which the creative teams collaborate.

Yannis Mallat, Managing Director of Ubisoft’s Canadian studios, will be stepping down from his role and will leave the Company, effective immediately. The recent allegations that have come to light in Canada against multiple employees make it impossible for him to continue in this position.

Additionally, Ubisoft will be appointing a new Global Head of HR to replace Cécile Cornet, who has decided to step down from this role, as she believes it is in the best interest of the Company’s unity. A search for her replacement will begin immediately, led by an industry-leading recruiting firm. In parallel, the Company is restructuring and strengthening its HR function in order to adapt it to the new challenges of the video game industry. Ubisoft is in the final steps of hiring a top international management consulting firm to audit and reshape its HR procedures and policies, as previously announced.

These changes are part of a comprehensive set of initiatives announced to employees on July 2, 2020. These initiatives are guiding Ubisoft’s renewed commitment to fostering an environment that its employees, partners and communities can be proud of – one that reflects Ubisoft’s values and that is safe for everyone.