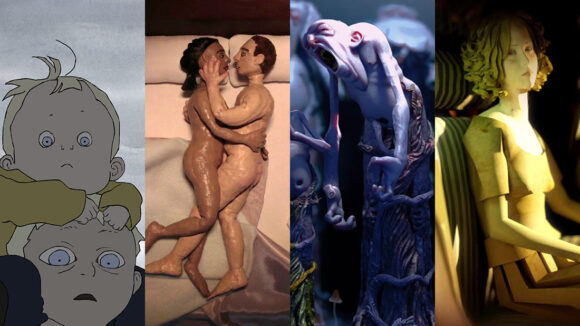 It’s that time of year again when the Oscar pundits enter the limelight and start making their predictions for the frontrunners in various Academy Award races.

One category you won’t hear anyone “punditing” about though is the Best Animated Short Film category. That’s because we don’t have any pundits in the animation business, and even if we did, none of them would know what’s in contention. Cartoon Brew is committed to solving at least half of that problem.

We’ve been compiling a list all year long of the films that have qualified for the Academy’s Animated Short Film category. Short films, as Brew readers already know, offer a unique space for innovation and experimentation as few other animation platforms do. It’s where you’ll find some of the art form’s most audacious and exciting annual achievements, and it’s our belief that if more Academy members understood the range and breadth of the contenders, they’d be able to make more informed decisions about the most award-worthy short film efforts of the year.

There are three pathways to qualifying for the Academy Award Best Animated Short category:

Here’s a few standard disclaimers: Even though all of the films in our list are technically qualified, it is still up to the filmmaker to take the extra step of entering the film into the Oscar competition. This year, we’ve also tried to identify films that have qualified through the public exhibition route, but that can be done very quietly (and often is) so there may be other films that have qualified without our knowledge. The entire official list of qualified films won’t be known until the Academy presents the eligible long-list of films to their membership in October.

So, while the list isn’t perfect, it’s the only list of its kind that anyone publishes about the Animated Short category, and you’ll likely find most (if not all) of this year’s Oscar nominees below. Last year’s preliminary list of qualified films included nine of the ten films that were eventually shortlisted, and all five nominees in the category.

The list was compiled through publicly available information. The films are presented below in alphabetical order: