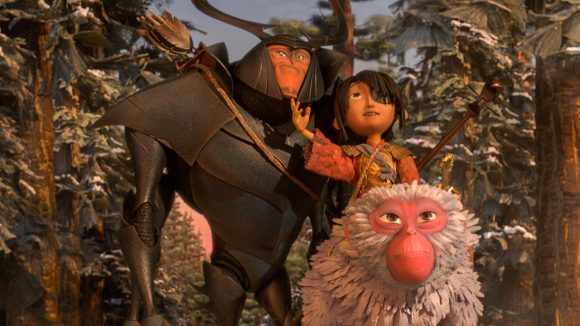 The Walt Disney Company owned three of the four nominations in the BAFTA’s best animated feature category this year, but the underdog—Laika’s Kubo and the Two Strings—came out victorious in the end.

The 70th annual BAFTA Film Awards, presented by the British Academy of Film and Television Arts, were handed out tonight at the Royal Albert Hall in London. They are considered to be the British equivalent of the Academy Awards.

Kubo and the Two Strings was up against Disney’s Zootopia and Moana, and Disney/Pixar’s Finding Dory. Here’s a group shot of the directors and producers of the Disney-nominated films, in a photo posted a couple hours ago by Zootopia co-director Byron Howard:

The BAFTAs are a strong indicator of who will win the Academy Award. In the 10 years that the BAFTAs have honored animated features, the Academy of Motion Picture Arts & Sciences (AMPAS) has chosen the same film nine times as the Oscar winner.

What’s the sole time that the British and American Academy have differed? It was in 2014 when the BAFTA gave the award to The Lego Movie, while the Oscars awarded it to Big Hero 6. (In that year, AMPAS did not nominate The Lego Movie, making it impossible for the film to even be considered for an Oscar.)

One other note for the history books: This is the first time the BAFTA has given the animated feature honor to a non-cgi film. Kubo, for the record, is considered a stop-motion/cgi hybrid.

Here is Travis Knight’s post-win interview at the BAFTAs:

In the special visual effects category, The Jungle Book won. The award was presented to Robert Legato, Dan Lemmon, Andrew R. Jones, and Adam Valdez. The other nominees in the category were Arrival, Doctor Strange, Fantastic Beasts and Where To Find Them, and Rogue One: A Star Wars Story.

The winner in the British short animation category was the stop-motion short A Love Story, a National Film and Television School graduation short directed by Anushka Kishani Naanayakkara: