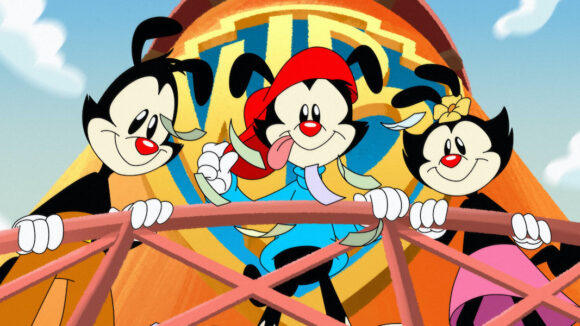 The Emmy Awards will get a new ceremony next year — the first time this has happened since 1979. The Children’s & Family Emmy Awards will be created to honor works made for that demographic, the National Academy of Television Arts and Sciences (NATAS) has announced.

What awards will be handed out, exactly? The children’s and family categories at the Daytime Emmys will be moved to the new ceremony. They recognize things like the best shows, voiceover artists, writers, directors, and original songs. Some categories will be modified and new ones will be created, too.

Why the change? The Daytime Emmys had got too big, in part thanks to the boom in kids’ and family programming, which has increased by 23% in the last two years — the fastest-growing field at the awards. NATAS recently took on oversight of all Emmys for this demographic, including kids’ content previously honored at the Primetime Emmys (which is run by a separate body).

Isn’t there already a dedicated Emmys for kids? Yes: the International Emmy Kids Awards, which have been held annually for the past decade. As their name implies, they cover shows produced outside the U.S., which distinguishes them from the Daytime Emmys. And they’re run by yet another organization.

Why is the new ceremony important? Animation is a large part of kids’ and family content, and it is driving a lot of the growth NATAS refers to. Last year, the individual achievement in animation category received almost 300 submissions — the most of any NATAS Emmy contest. The creation of a new ceremony reflects the health of our industry, and animated titles will be more prominent at the new awards than they have been at the Daytime Emmys.

How much animation have the Daytime Emmys tended to honor? This year, we counted winners in 19 animation-related categories (out of around 100 categories in total). Hulu’s Animaniacs (image at top) and Netflix’s Hilda were among the victorious series, and six artists received individual achievement awards.

When will the inaugural awards happen? No date has been confirmed, but NATAS president and CEO Adam Sharp has said they will probably be held late next year. The ceremony date, eligibility rules, and category details will be announced next year. Meanwhile, NATAS will canvass the industry for feedback on how to shape the awards.