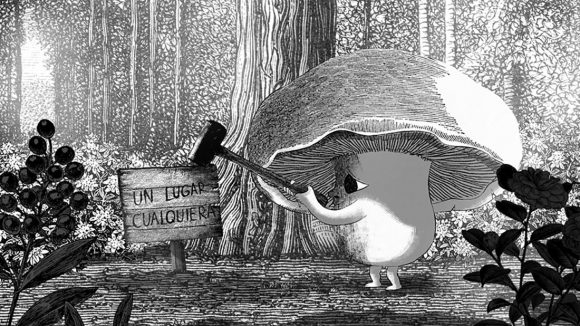 3D Wire, a combination festival/market/meeting point for Spain’s animation industry, wrapped up its eighth edition in Segovia last weekend, and announced the winners for its film and projects competitions during a ceremony on Saturday, October 8.

I served on the jury for the 3D Wire Fest section of the event, along Luce Grosjean, Rebeca Núñez, and Paolo Polesello. We chose three winners and one special mention from a strong selection of 45 films programmed by Loic Portier. The European and Spanish short film winner that we selected will go on to be shortlisted for the Cartoon d’Or Award, and the Spanish winner will also be shortlisted for Spain’s Goya Awards.

It’s a remarkable event—every country should be so lucky to have such a networking event—and I’ll write more about what took place at 3D Wire shortly. In the meantime, here is a look at 3D Wire’s 2016 winners:

Interactive RTVE Award to the Most Innovative App Project

Interactive RTVE Award to the Most Innovative Video Game Project