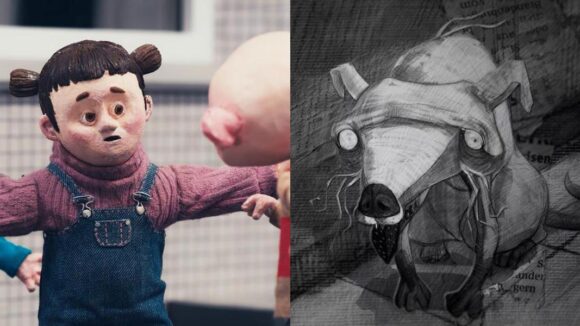 Stuttgart International Festival of Animated Film (ITFS), one of European animation’s major events, has wrapped up its 28th edition — the second in a row to go virtual. The prizewinners were announced at a ceremony on Sunday.

The grand prix for shorts went to Paul Mas’s Precious, a stop-motion film about a misfit schoolkid. It has already picked up several awards, including at Estonia’s PÖFF Shorts, and has now qualified for an Oscar run. The jury said:

Tackling subjects familiar to all of us, that of being othered and misunderstood, of bullying and of friendship, Precious skilfully handles the sensitive narrative with subtlety and a gentleness of expression. The story presents complex layers of social forces in a seemingly simple narrative … Precious is a timeless animation that touched us all and kept us thinking.

Have a Nice Dog!, by the Berlin-based Syrian filmmaker Jalal Maghout, won two awards, for best graduation film and best student film (it was made at the Konrad Wolf Film University of Babelsberg). The film, a hallucinatory portrait of the Syrian War, qualified for this year’s Oscars. Cartoon Saloon’s much-lauded Wolfwalkers was named best feature, with French historical refugee drama Josep earning a special mention in the category.