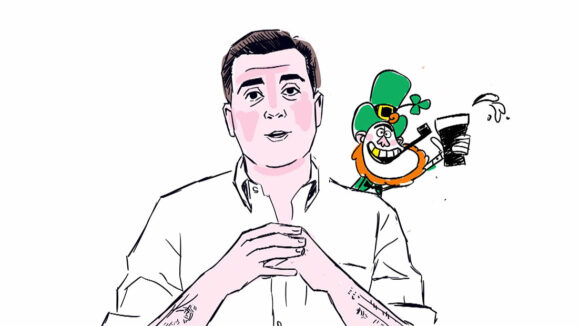 The first-ever European Animation Awards (EAA), set to take place on December 8 in Lille, France, have opened their call for entries.

The awards, which are called the Emiles, launched their call with this animated version of Song of the Sea and The Secret of Kells director Tomm Moore explaining the concept:

Sixteen Emile Awards will be handed out in the following categories, in addition to the Lotte Reiniger Award for lifetime achievement.

Complete rules and regulations are available on the European Animation Awards website, but here are some of the basics:

Eligibility date: To qualify for entry, productions must have had their first release between January 1, 2016 and July 31, 2017.

Nomination and voting process: For each category, a jury of three animation professionals will choose three nominees from the pool of eligible entries, in each category. Results of pre-selection will be announced by the end of October. In November, all members of EAA association will be invited to vote online for their favorite nominee in each of the 16 categories. To join the EAA and vote, see here.

Europe has countless film awards and animation festivals, but this is its first animation-specific award (outside of local festivals) that recognizes the breadth of animation currently being produced across the continent. As we’ve noted previously, the Emiles are a big leap forward in the development of a pan-European animation culture and will help direct attention toward worthwhile projects that are often overlooked by the Annie Awards and Oscars.

Backed by broad support from the European animation community, the Emiles will be an award to keep an eye on this season.