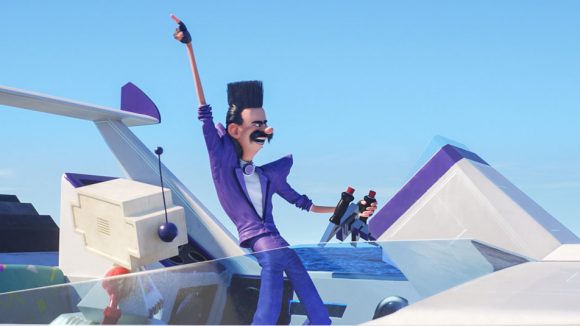 It didn’t look possible last month, but Despicable Me 3, directed by Kyle Balda and Pierre Coffin, is headed toward the $1 billion mark, and sometime next week will officially become just the 6th fully-animated film to achieve the distinction.

Despicable Me 3′s worldwide box office total now stands at $994 million. The film’s strong performance in countries that were on the backend of the release schedule, like Japan and Italy, is driving the film past the $1 billion milestone.

In Japan, the film remains in the top five after seven weeks of release, and has grossed over $60M to date, this year’s second-highest grossing film in that country after Disney’s hybrid remake of Beauty and the Beast.

In Italy, one of its last international launches, DM3 opened last weekend with a powerful $6.4M, and held first place again this weekend. Its total of $13.5M already makes DM3 the fifth-highest grossing film of the year in Italy — and will go much higher up the charts.

While DM3 didn’t quite achieve the heights of Illumination’s earlier films in the U.S. marketplace, it has nevertheless showed staying power domestically. This weekend in America, it jumped from 13th place back into 9th place with an estimated $2.4M, lifting its overall domestic total to $257.9M.

DM3 is a bright spot for Hollywood in what has otherwise been a tepid moviegoing season. It will become the only film released during the summer movie season that reaches $1B.

Previously, only one non-Disney/Pixar release has ever reached the $1B milestone, and that too is an Illumination film, Minions. Here are the worldwide box office for the top 10 all-time highest-grossing animated films (as of Sunday, September 3):