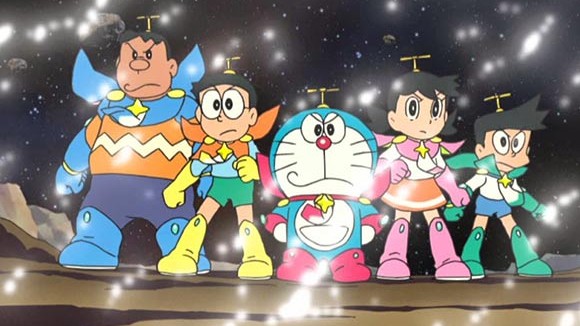 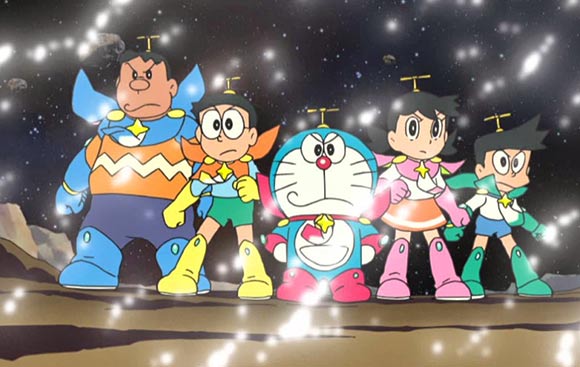 The real box office story was in Japan last weekend, where America’s deadliest marksman was taken out by a loveable blue robotic cat.

Doraemon: Nobita’s Space Heroes, the 36th Doraemon film, took in $5.3 million, managing to snatch the top weekend box office spot from American Sniper, which scored $1.5 million its third weekend in Japanese theaters. It’s been an annus mirabilis for Japan’s Doraemon – Doraemon: Nobita’s Space Heroes coincides with the 35th anniversary of the anime’s film series, and Doraemon’s 2014 CGI outing Stand By Me Doraemon was named Animation of the Year at the Japan Academy Awards in February.

Meanwhile, in the United States, The SpongeBob Movie: Sponge Out of Water continued to perform strongly in its fifth weekend, settling in fifth position with an estimated $7 million, bringing its total to $149 million. The film has posted a foreign gross of $110.4 million and took the top spot in its Israeli debut, making $854,000–four times bigger than Big Hero 6′s opening in the territory, according to Deadline.

Though Big Hero 6 has all but wrapped up its U.S. run, it made a big international splash in China last weekend. The film achieved the biggest opening weekend ever for a Disney or Pixar animated release in that country—$15.9M—pushing it over the $600 million mark worldwide. It’s now sitting comfortably at $604.8 million global gross, with $221.3 million in domestic and $383.5 million in international earnings. And, back in Japan, Big Hero 6′s biggest overseas market, it’s holding on to third place—behind aforementioned Doraemon and American Sniper, having brought in a total of $75.1 million.