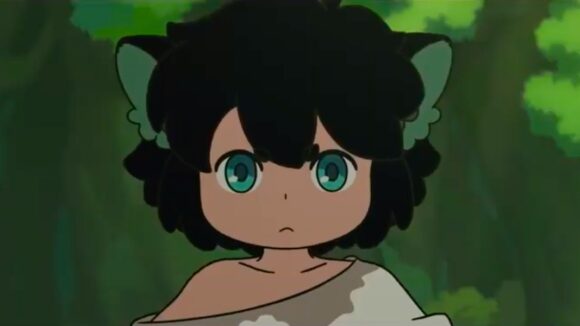 Chinese moviegoers are developing quite an appetite for homegrown animation. As the all-conquering Ne Zha continues to rake it in, another animated feature has debuted at #1 at the country’s box office. The Legend of Hei took the top spot over the weekend, despite opening on a Saturday and having only a two-day weekend. The film grossed $12.3 million over its two days, according to Entgroup.

The film didn’t come out of nowhere. It’s based on The Legend of Luoxiaohei, a Flash web series about a young girl and her supernatural cat that has amassed a large fanbase in China. The series’s creator Zhang Ping, who goes by the name MTJJ, directed the feature. Animation was produced by Beijing Han Mu Chun Hua Animation and MTJJ Animation.

Having launched the series in 2011, MTJJ initially worked on his own, distributing the episodes for free online. As its popularity grew, he started earning revenue from merchandising, enabling him to build a small team. Even so, production remained slow: in eight years, they released fewer than 30 episodes.

The Legend of Hei is the first spin-off feature. Its story focuses on the cat, Xiao Hei, who transforms into a man and goes to live a carefree life in the forests, only to find that they are being destroyed by encroaching human settlements. The 2d-animated film, which evokes Studio Ghibli’s ecological fables, took five years to produce. “We have experimented with dozens of various art forms in creating the film. This is our art exploration in every possible direction until we could find the current tone,” MTJJ told China.org.cn.

So far, the film has been well received, notching up an 8.4 score on user review platform Douban. A limited run in Japan will begin on September 20, but there is otherwise no news of an international release.

Meanwhile, Ne Zha’s run is far from over. Over the weekend — its seventh — it held on to third place, its domestic cume surpassing $700 million. The cg mythological epic is now the second-highest-grossing film in Chinese history, animated or otherwise. It has also been performing well in the U.S., where it has taken $2.67 million since opening on August 29 (and expanding its run last Friday). It is about to overtake Ip Man 3 to become the all-time top performer for its distributor, Well Go USA.