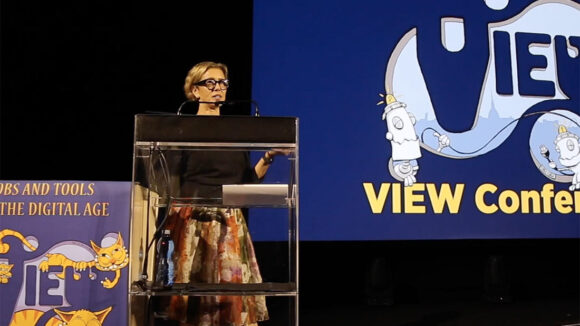 In a new episode of This is My Job, we speak with Paramount Animation president Mireille Soria, who most recently oversaw Wonder Park, a film that was already in production when she joined the studio in summer 2017.

This episode takes a slightly different approach than the format of previous entries in the series. Rather than explore the daily routines of a studio president, we focused the discussion around a rarely discussed topic: executive-side advice for younger and/or first-time feature film directors.

More than ever before, industry artists are angling to helm their first feature films, and in this highly competitive environment, artists who understand how to work effectively with executives hold the advantage. In our conversation, we asked Soria to offer advice to first-time directors about working with film executives, as well as discuss skills that a budding director should develop, how to delegate tasks as a director, and common mistakes that first-time directors make.

Soria is uniquely qualified to speak on such topics, having had 30+ years of experience as both a film producer and studio executive. Prior to her current role at Paramount, Soria was a producer at Dreamworks Animation, serving as lead producer on the globally successful Madagascar franchise, as well as other Dreamworks films such as Home, Spirit: Stallion of the Cimarron, and Captain Underpants: The First Epic Movie.

She has also served as co-president of Dreamworks (during which time films like Trolls and The Boss Baby made it to screen) and was vice president of production at Disney, where she managed the development and production of The Mighty Ducks, Cool Runnings, and the 1994 live-action adaptation of The Jungle Book.

The entire season of This is My Job was filmed last fall at the VIEW Conference in Turin, Italy.

See previous episodes in the series: