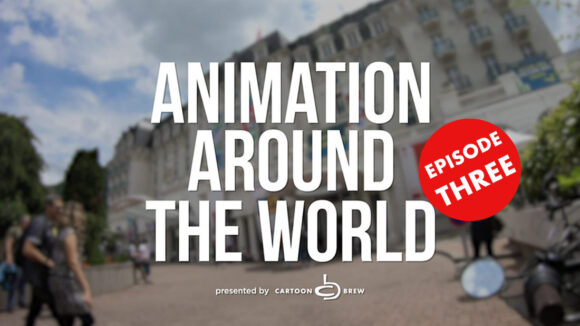 In the third episode of our new limited series Animation Around the World, we hear from animation industry participants in Latvia, Ecuador, Finland, and Russia.

For each country profiled in the series, we asked a person from that country to tell us a little bit about their local animation industry – particularly, how it has developed over the last decade and what sets apart the country’s animation output from other countries in its region.

Anna Zača of the Latvian Animation Association tells Cartoon Brew that the country, which has a rich history of short animation, is growing its feature capacity and will release six animated features in 2019, a remarkable figure for the small Baltic country whose population is less than two million people. Some of the films are co-productions in which Latvia is one of the participating countries, but others originate from Latvian filmmakers like Edmunds Jansons’ delightful looking Jacob, Mimmi, and the Talking Dogs:

Zača points out that Latvia has not historically had any animation schools, so most of the country’s directors train first in other creative disciplines like painting or graphic design, which gives its animation projects a strong visual sensibility and handmade touch.

Ecuador’s Paul Vaca, who produces and distributes films through his company Alterego, talks about the strength of his country’s young creators, who are increasingly pitching projects on the international stage.

Juha Fiilin of Finland’s Fiilin Good Films says that the country is becoming more open to funding animation projects that are not aimed at children. His company is currently in production on a teen-oriented web series Divine Consultants. “Five years ago, it was really, really tough to bring a project for this target group — and especially a project that takes place in the afterlife that’s corrupt, it’s not an easy thing to bring in,” he says. But the project is being made now thanks to funding from the country’s national broadcaster, which is supporting edgier and more diverse kinds of animation projects.

Daria Moiseeva of the Russian Animated Film Association believes the country’s booming animation industry has a lot to do with government support for the art form, which includes showing animated features and shorts for free to children in theaters, and holding workshops to teach young children about animation.