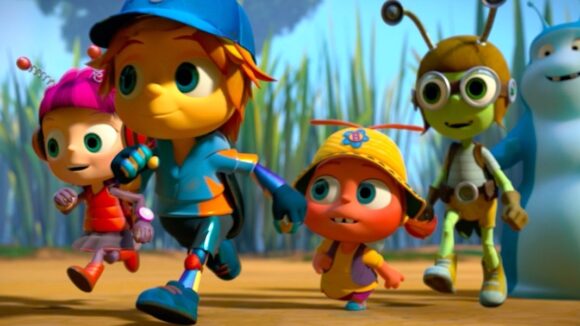 In April, Australia’s federal government suspended certain tv content quotas in the country, in a bid to combat turmoil caused by the coronavirus. Those quotas are now to be abolished for good, in a move that has delighted broadcasters and dismayed producers of kids’ content — including animation studios.

The quotas required commercial networks to air 260 hours of kids’ programming and 130 hours of preschool programming per year, 55% of which had to be Australian. Under a new set of rules due to come into effect on January 1, 2021, those obligations will be removed. Broadcasters will still have to ensure 55% of their content is Australian, but they’ll be able to fill that quota with drama and documentary shows instead.

Broadcasters have been calling for the abolition of the kids’ content quota for years, arguing that children’s shows draw few viewers and therefore harm ad revenues. In April, as advertising was hit by the pandemic, Prime Minister Scott Morrison’s conservative administration suspended the quota as part of a rescue package for broadcasters. The networks then pressed their case, demanding greater freedom to show lucrative genres like reality tv, news, and sport.

Trade body Screen Producers Australia (SPA) condemned the changes, predicting that “thousands of jobs” will be lost and the production of Australian and children’s content will fall by “at least half.” In a statement, CEO Matthew Deaner said:

Deregulation of legacy platforms without a transition plan into regulation of new platforms creates a disjointed and incomplete policy response that tinkers around the edges, appears to have been driven by old-world thinking, and has scant regard to the future of Australian screen content. A once-in-a-generation chance to reset the foundations for Australian stories for future generations and bring regulation into the 21st century has been presented to the government in a unified way by the screen industry and the response presented today falls short and needs rethinking.

The “new platforms” Deaner mentions are central to this debate. Streaming platforms like Netflix and Amazon have drawn audiences away from linear broadcasters while escaping regulation in the country. Producers had hoped that, far from watering down the quotas, the government would extend them to the streamers — a policy it had considered. That isn’t happening yet, but the streamers will now be required to report their content acquisitions to the government.

To support producers, the government has also unveiled a new funding package. The Australian Children’s Television Foundation, a nonprofit children’s media organization, will receive USD$14 million, while Screen Australia will be given USD$21 million for the production of local drama, documentary, and kids’ content. Another USD$2 million will go toward supporting screenwriting and script development. Fletcher explained:

Our direct funding … complements what the broadcasters might choose to do. The most popular programs for children are overwhelmingly on ABC [Australian Broadcasting Corporation] and children are high users of downloaded content, streaming content. What we want to do is continue to support Australian high-quality children’s tv to be shown in Australia and globally.

In its statement, SPA welcomed the funds, but added that they won’t offset the damage caused by the changes to the quotas:

Additional funding … is welcome, however with no regulation to stimulate commissions, we are concerned as to the effectiveness of this as a measure to meet the needs of Australia’s child audiences as it doesn’t in its own right trigger production and could amount simply to development of projects with no pathway to audiences … No amount of incentives can protect a sector that starts to structurally become reliant on irregular and patchy commissioning.

This dispute resembles a debate currently playing out in the European Union, where local production quotas currently imposed on networks are due to be extended to streamers. In France, Netflix is actively resisting this change.

Previously on this topic 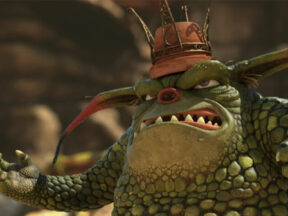