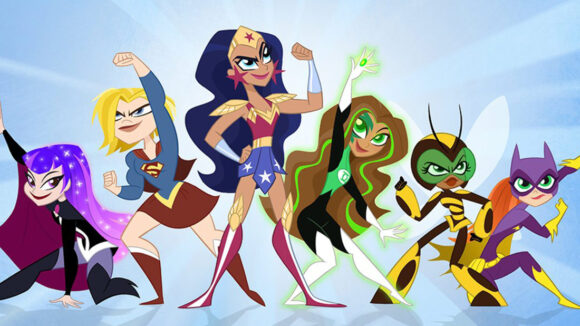 Jam Filled Entertainment, a company that animates such shows as The Loud House, Pinky Malinky, and DC Super Hero Girls, is set to open a 10,000-square-foot studio in Halifax, Canada.

The coastal Canadian city in the eastern province of Nova Scotia, which is already home to kids’ content titan DHX Media and Copernicus Animation Studios, will welcome Jam Filled this fall. Announcing the expansion on its website, the studio added that it is hiring for 2d positions and promising opportunities for rapid advancement:

The quality of work coming out of our Ottawa and Toronto studios has made a big impression on the animation industry and Jam Filled is taking on more top-tier projects than ever. The best part? We’re looking for a crew to join us on this East Coast adventure! You’ll help build a new studio from the ground up, giving you the opportunity to move up the ranks much more quickly than you could at an already established studio.

Jam Filled was founded in 2008 by Jamie Leclaire and Phil Lafrance, who are graduates of Ottawa’s Algonquin College animation program. It has since established a reputation as a service studio working across both 2d and cg animation. Since its acquisition in 2016 by global entertainment company Boat Rocker Media, it has continued to grow apace.

Stay tuned to Cartoon Brew for an upcoming look at the state of the animation industry in Halifax.