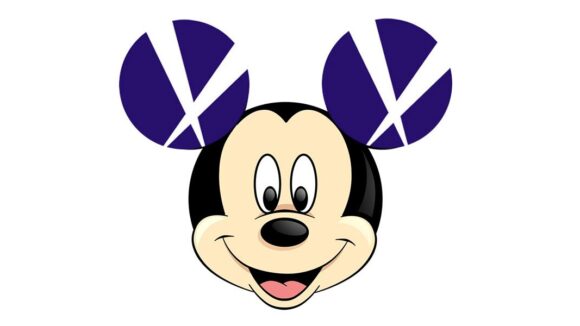 The Walt Disney Company is nearing a deal to acquire the entertainment holdings of 21st Century Fox, according to a report this morning on CNBC. The deal could be closed as early as next week.

News of the negotiations were first made public in early November. If the deal were to happen, it would represent one of the biggest entertainment media consolidations in recent memory, reducing the number of major entertainment producers in the United States from five companies to four.

Disney is looking to purchase only Fox’s entertainment assets, not its news or sports assets. This would have major implications for the animation industry, potentially giving ownership of Blue Sky Studios and tv shows like The Simpsons and Family Guy to Disney. We earlier ran down some of the film and tv production/distribution assets that Disney is looking to acquire:

The purchase would allow Disney to significantly expand its film and television production capabilities, while also growing its content library of films and franchises (Hidden Figures, Avatar, The Revenant, Night at the Museum), which could play a key role as Disney readies to launch its own streaming service to compete against Netflix and Amazon.

Disney, which owns ABC network, would not buy the Fox broadcast network due to an FCC regulation that prevents common ownership of any of the four major broadcasters. It also wouldn’t buy Fox News, Fox Business, Fox’s sports channels, or Fox’s television stations.

But, in addition to the 20th Century Fox and Fox Searchlight film studios (both owned by 21st Century Fox), Disney could potentially add the following to its assets: FX and National Geographic-branded networks; feature animation producer Blue Sky Studios; reality show production company Endemol Shine Group; and international broadcasters like Asia’s Star TV (which has 58 channels in India alone) and pan-European broadcaster Sky (in which Fox owns a 39% share). Presumably, Fox TV Animation, which producers The Simpsons and Family Guy, would also be a part of the deal.

According to CNBC, the value of Fox’s assets that Disney wants is seen as above $60 billion.

Disney CEO Bob Iger has made acquisitions a major part of the company’s growth strategy, adding Pixar, Lucasfilm, and Marvel to the company’s portfolio of brands. Fox would easily be Disney’s biggest acquisition under Iger, and from a business standpoint, could help jumpstart Disney’s stock, which has stagnated for the last three years over fears of ESPN’s decline and the lack of a clear over-the-top distribution strategy.