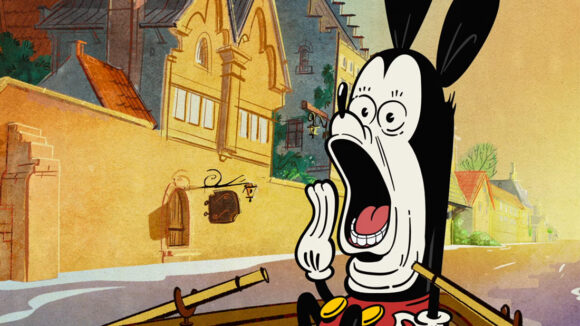 With demand for series animation at an all-time high, Disney Television Animation has secured overall development deals with 17 animation creators and artists.

The studio has announced agreements with the following artists:

Disney has not revealed what these artists will be working on, but they’ll obviously be developing plenty of new content, a lot of it presumably headed for its upcoming streaming service, Disney Plus.

Netflix has been leading the charge on overall deals for animation creators, having signed agreements with Shion Takeuchi, Chris Nee, Darla Anderson, Alex Hirsch, and Jibjab founders Gregg and Evan Spiridellis, among others.

The booming trend of overall deals, which started with live-action creators, reflects the shifting landscape of the tv animation industry in Los Angeles. Traditional studios like Disney and Nickelodeon have found it increasingly difficult to attract and retain top-tier animation talent with the promise of a pilot, most of which will never graduate to full series. The overall deal sweetens the pot, and ensures that artists will receive a bigger paycheck and an opportunity to contribute to more projects, even if their own projects are never produced.

The deals also benefit the companies themselves who need a greater volume of programming than ever before thanks to the rise of streaming platforms. In the near-term, the competition for top-tier animation talent won’t be slowing down. Both Disney and Warner Bros. are preparing to launch their own streaming services, while Nickelodeon is feeding more of its original content (including the series Pinky Malinky and feature-length versions of Rocko’s Modern Life, Invader Zim, and The Loud House) directly to Netflix, in addition to producing programming for its own network.