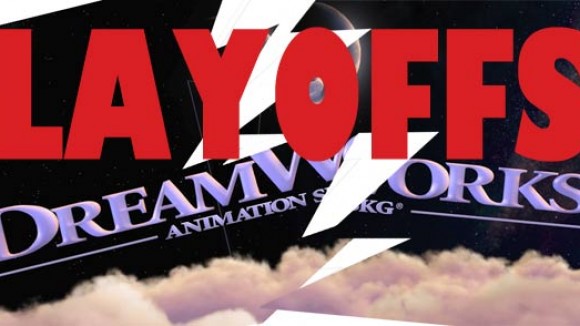 We heard rumors of layoffs at DreamWorks last week, but they weren’t confirmed by a reputable source until yesterday evening when the animator’s union, The Animation Guild, posted an item about it on their blog. The Guild reported that the layoffs took place early last week. An estimated 40-50 employees were let go. According to the DreamWorks sources that the union spoke with:

The studio didn’t have enough features that required staff building front-end production elements, so employees in departments that were overstaffed—and who didn’t have longer-term contracts or assignments—were given their walking papers.

The studio gave no prior warning to the employees that it laid off and demanded that they leave the studio that day. There are reports that employees weren’t even allowed to return to their cubicles to pack their belongings. “I get that the company needs to be cautious,” one person told the Animation Guild, “but I talked to one employee who said she wasn’t allowed back to her desk. She was kind of upset.”

DreamWorks’ stock has plummeted 35% since the beginning of 2014. How to Train Your Dragon 2 suffered another steep decline in its third U.S. weekend, dropping 46% at the box office. The first film in the series, by contrast, dropped just 14% in its third weekend.