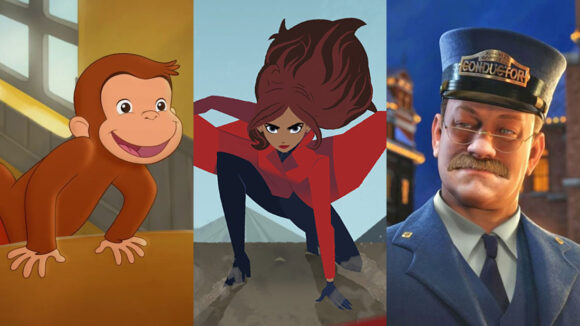 Rupert Murdoch is set to acquire a whole lot of classic family and kids’ IP. His News Corp has announced that it will buy HMH Books & Media, the consumer arm of publisher Houghton Mifflin Harcourt, for $349 million. The unit will be merged with Harpercollins Publishers, which News Corp also owns.

HMH Books & Media has a vast portfolio of kids’ and adult literature. Many of its books have been adapted into animation and live-action, including The Lord of the Rings, Jumanji, The Polar Express, Animal Farm, The Little Prince, and Mike Mulligan and His Steam Shovel. HMH also owns plenty of popular characters like Carmen Sandiego, currently starring in her own Netflix animated series, and Curious George, which has been adapted to both television and feature.

The sale, which is subject to regulatory approvals and other customary closing conditions, is expected to close in the fourth quarter of fiscal 2021.

Brian Murray, president and CEO of Harpercollins, said in a statement: “Joining HMH Books & Media’s media productions team and the Harpercollins Children’s global catalog will open up new animation and gaming opportunities as we look to accelerate the expansion of our IP across multiple formats.”

Harpercollins has performed strongly in the pandemic. In the most recent quarter, it posted a 23% revenue increase to $544 million and a 65% jump in earnings to $104 million. As a result of the purchase of HMH Books & Media, the publisher expects cost savings of more than $20 million annually within two years, through cost efficiencies in areas like manufacturing and distribution.

News Corp is separate from Fox Corporation, the company formed after Disney’s acquisition of 21st Century Fox in 2019, though both News Corp and Fox Corporation are controlled by the Murdoch family.