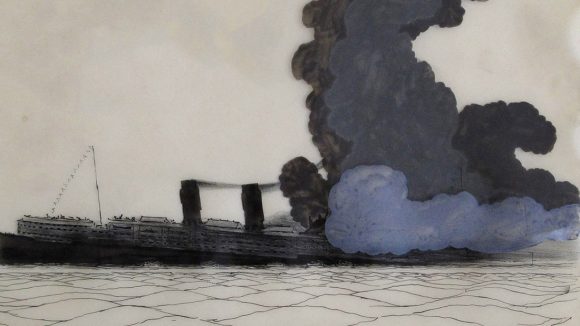 The theme of the Anidox 2017 Summer Residency Workshop is “The Sinking of the Truth,” taking its inspiration from Winsor McCay’s seminal 1918 short The Sinking of the Lusitania, which is among the earliest animated documentaries ever made.

During the residency, which will take place for three weeks between June and July 2017 in Viborg, Denmark, six artists will each create a one-minute animated sequence that will be edited together to form a short animated film. The artists will create works around the themes of ‘post-truth’ and ‘fake news.’

Filmmakers can apply from any part of the world. Applicants must have a track record of producing animation films, and be self-sufficient in creating film. The program, organized in collaboration with the Danish animation school The Animation Workshop, will provide the following to the six selected artists:

We’ve spoken with Uri Kranot before on Cartoon Brew about the ideas behind Anidox. It’s one of the rare residency programs that explores the possibilities and potential for animation documentary, and it’s a unique opportunity for independent filmmakers who are investigating these areas.

The deadline to submit an application is April 1, and the selected filmmakers will be notified on April 8. Additional details and application instructions can be found on the Anidox web site.