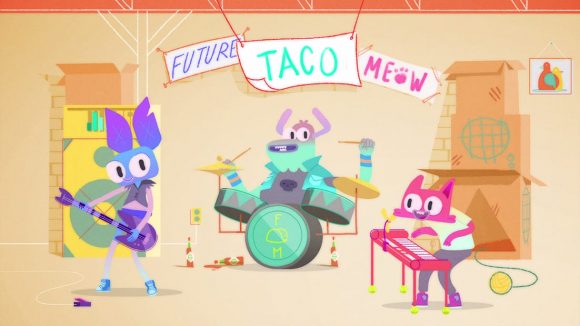 “After an electrifying rehearsal, Ozzi, Max and Stew celebrate the birth of a new song. But at the peak of their excitement, Ozzi’s ego starts getting out of hand…” Directed by Greg Gunn and Reza Rasoli.

Future! Taco! Meow! is a fusion of my admiration for animation and making music. The story draws upon personal experience in the early 2000’s Los Angeles music scene. And tacos. This short was initially commissioned in 2014 by Disney XD as part of their animated shorts program.