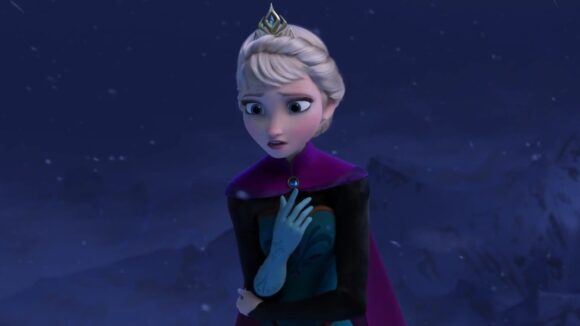 It won an Oscar, spawned a franchise, and became one of the highest-grossing films of all time. But Disney’s Frozen now has a new distinction, one that few (if any) other animated features can claim: it has played a decisive role in the investigation of a morbid adventure mystery.

The story begins in the winter of 1959, when nine experienced mountaineers — eight students and one sports coach — set off on a 200-mile hike through Russia’s Ural Mountains. When they failed to return, a search party went to investigate the site of their last camp. The investigators found the tent largely buried under snow and the nine corpses scattered around the area, some with gruesome injuries.

The Soviet authorities ascribed the Dyatlov Pass Incident, as it came to be known, to an “unknown natural force.” But the grim details of the case fired imaginations and spawned countless theories: murder, Yetis, alien abduction, and secretive military experiments were all blamed. The debate never went away, and in 2019 Russian prosecutors launched a new investigation. They concluded that an avalanche was mostly responsible for the deaths.

This explanation failed to settle the matter: many insisted that it didn’t tally with the details of the incident. The hikers’ relatives continued to demand answers. By then, the case had come to the notice of Johan Gaume and Alexander Puzrin, two researchers based in Switzerland. They set out to show, through detailed scientific analysis, why an avalanche was a plausible cause of the deaths.

Gaume and Puzrin have just published their data in the journal Communications Earth and Environment. There’s a lot of research to support their argument, but one part is relevant to us. National Geographic, which spoke to the two men, explains the animation-related part of the story:

Gaume explained how, a few years back, he was struck by how well the movement of snow was depicted in the 2013 Disney movie Frozen — so impressed, in fact, that he decided to ask its animators how they pulled it off. (The Walt Disney Company is majority owner of National Geographic Partners.)

Following a trip to Hollywood to meet with the specialist who worked on Frozen’s snow effects, Gaume modified the film’s snow animation code for his avalanche simulation models, albeit with a decidedly less entertaining purpose: to simulate the impacts that avalanches would have on the human body.

National Geographic’s account of the case is worth reading in full. Suffice to say here that Gaume and Puzrin have come closer than anyone else to providing a satisfying explanation of those nine deaths. Frozen, a film that has been delighting kids and adults for years, may now have helped bring a touch of comfort to a few grieving families in Russia.