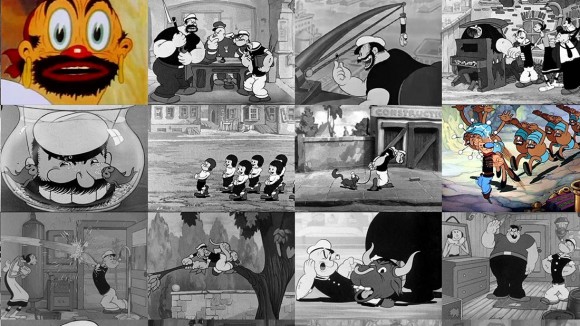 How big of a Popeye fan are you? Probably not as big as Nicholas John Pozega, who made a massive poster with screengrabs from every classic Popeye short.

“I made [the poster] as a tribute to the Popeye the Sailor cartoons made by Fleischer Studios, which I consider to be the greatest theatrical cartoons ever made!,” writes Pozega. “[I] included pics from all 109 of them, with an honorable inclusion of Let’s Sing with Popeye as a coda!”

Download the full-sized poster below — and good luck finding a printer that can print it out.