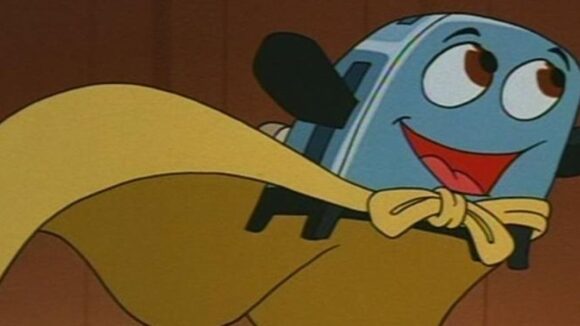 Tomorrow marks 34 years since the L.A. premiere of The Brave Little Toaster, whose cult following has only grown over the decades. Ahead of the anniversary, animator Steve Segal, who was credited as a scene planner on the film, has posted a featurette about its production in Taiwan.

The fly-on-the-wall footage shows the American crew members, including director Jerry Rees and his co-writer Joe Ranft, working alongside the Taiwanese artists at Wang Film Productions. Scenes of the crew drawing and watching animatics are interspersed with shots of the Taipei streets. Watch the video, which was mostly shot by Segal, below:

The Brave Little Toaster was produced by Hyperion Pictures and co-financed by Disney, which debuted it on the Disney Channel and later released it on home video (Hyperion also gave it a limited theatrical release). The film was developed at the House of Mouse, where it was budgeted at $18 million, but when the production moved to Hyperion the budget fell to around a third of that amount.

The project is notable for bringing together several Disney veterans and Calarts graduates who would go on to have distinguished careers, including Ranft, Kevin Lima, Kirk Wise, Rob Minkoff, Ann Telnaes, Brian McEntee, Mark Dindal, and Chris Buck.