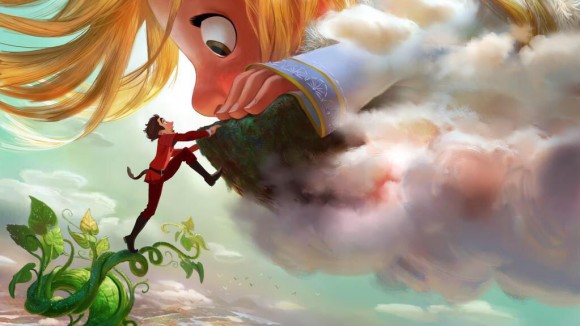 How do you like them seeds? Disney is rebooting Jack and the Beanstalk for 2018.

Set in Spain during the Age of Exploration and helmed by Tangled co-director Nathan Greno, Gigantic is also produced by Meet the Robinsons and Get a Horse!’s Dorothy McKim, so it’s got some credibility in the period adventure department. Which is good, because everyone has pretty much heard the classic English fairytale before.

“We want to make the definitive version of Jack And The Beanstalk,” said Greno at Disney’s D23 Expo. No cast has been announced, although Disney has secured the services of Frozen’s husband-and-wife songwriting team Robert Lopez and Kristen Anderson-Lopez.

In Disney’s version, Jack discovers a world of giants up in the clouds, and teams up with Inma, a 60-foot-tall, 11-year-old girl, agreeing to help her find her way home. “It’s not what you’ve seen before,” Greno promised. “It’s not one big castle with one big giant walking around.”

The most recent full-length movie version of the Jack and the Beanstalk tale was Bryan Singer’s 2013 live-action/CGI hybrid Jack the Giant Slayer, although the story and its characters also played a role in Disney’s 2014 musical Into the Woods.