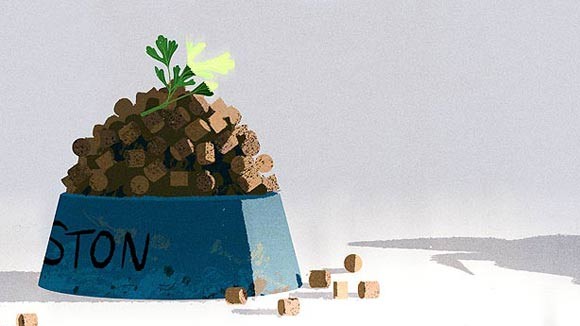 Feast, a new short by Paperman head of animation Patrick Osborne, will debut at the Annecy International Animated Film Festival on June 10, Disney announced this morning. The Walt Disney Animation Studios short appears to be made using the same stylized CG technique that was used on Paperman. Feast will open in theaters in front of Big Hero 6 on November 7.

The story of one man’s love life is seen through the eyes of his best friend and dog, Winston, and revealed bite by bite through the meals they share.