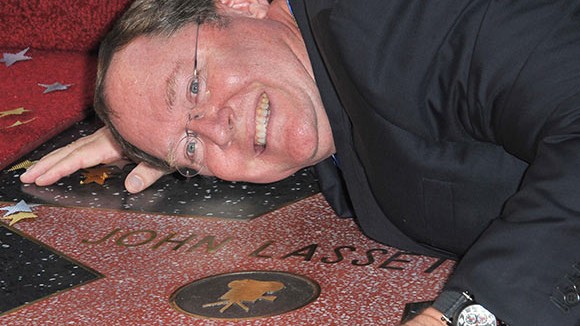 Disney and Pixar chief creative officer John Lasseter has said that he is working to showcase greater diversity in his studios’ films.

“It’s very important for us–both at Pixar and at Disney–to have female, ethnic characters,” he told the Guardian yesterday while attending the Cannes film festival. “That’s grown in importance over time. We’re really paying attention to that.”

“Animation, when we got started, by and large was mostly guys,” Lasseter continued, addressing a deeper underlying issue in Hollywood, which is that the lack of diversity onscreen is often due to the lack of diversity behind the scenes. “But we have seen more and more women and more people from all over the world starting to work in it, which is very exciting.”

Hopefully, Lasseter works to not only add greater diversity on-screen, but to also push for more directors who aren’t white males, because for years there have been equally qualified women and people of other cultures who have been bypassed for animated feature directing opportunities. There are signs that this diversification is already happening. With the release of Inside Out next month, Pixar will have its first non-white co-director, the Philippines-born Ronnie del Carmen.

On the Disney side, the studio will release Moana next year, which will have a non-white female lead, although as with earlier Disney films with non-white leads, like Mulan and The Princess and the Frog, the film will be directed by white men.