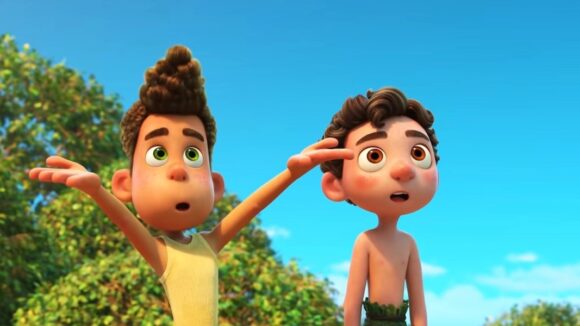 In March, Disney announced that Disney-Pixar’s Luca would skip theaters and launch exclusively on Disney+. CEO Bob Chapek has now given the fullest explanation yet for the decision.

“[W]e’ve increased our investment in creative content to ensure that all channels of distribution have a full complement of offerings to sort of keep everybody happy, but nowhere is that more of the case than Disney+,” Chapek told JPMorgan’s tech, media, and communications conference, commenting on Luca. “And we want to make sure, given the importance of Disney+ to us in the marketplace and our shareholders, that we keep feeding that machine.”

As far as Chapek is concerned, theatrical exhibition in the U.S. is still a gamble. “[W]e’re seeing some hesitancy to return in a way that would look anything like normal back in 2019,” he said. “And as such during this sort of interim period, it’s really nice to be able to give consumers some flexibility.”

Luca will premiere on Disney+ on June 18, at no extra cost to subscribers: the same model that was used for Soul on Christmas Day. “We’ll have sort of similar impact like we saw when we did Soul back at the holiday time, and that was a huge boost to Disney+,” said Chapek. He also noted that more than half of households with a subscription to Disney+ don’t have children.

Speaking about Disney’s direct-to-consumer business, Chapek acknowledged Covid’s impact on production: “[W]e’ve been ramping up in content and it’s really content dependent, but content has been sort of stymied the supply chain because of the shutdown of production. So now that we’re pretty much up to full production and we expect to have full content flow by [fiscal year] 2022 or FY2023.”

Last month, Business Insider reported the dismay Pixar staffers felt on learning that Luca would go straight to streaming. “Luca doesn’t even have a premium price next to it [on Disney+],” said one. “Does it make it lesser? It’s hard to grasp.” Others questioned the wisdom of forgoing box office revenue, noting that Pixar titles tend to notch up big grosses.

But one unidentified artist disagreed: “For me, personally, if I’m doing this so my name can be on the big screen, I’m doing it for the wrong reasons.”