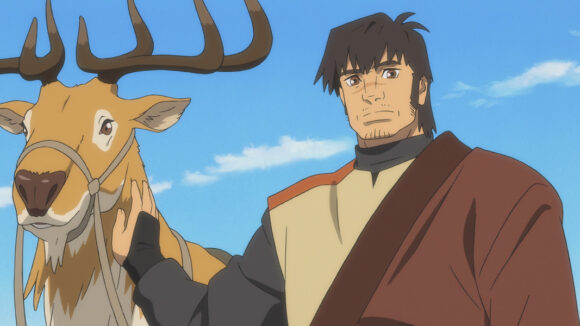 Shortly after acquiring Mamoru Hosoda’s Belle, GKIDS has added another prestige anime title to its catalogue. The distributor will release The Deer King theatrically in North America early next year, in both subbed and dubbed versions.

The film, which had its world premiere at last week’s Annecy Festival, is set in a fantasy world ravaged by a strange illness. The story follows the exploits of a young girl and a onetime soldier who was enslaved by his enemies. The source material is the eponymous novel series by Nahoko Uehashi.

Premium talent is behind the production. The directors are Masashi Ando, a veteran animator and character designer known for his collaborations with Studio Ghibli and Satoshi Kon (Spirited Away, Princess Mononoke, Paprika), and Masayuki Miyaji, a storyboard artist and director of the series Xam’d: Lost Memories. The film is produced by Production I.G (Ghost in the Shell). Taku Kishimoto wrote the screenplay.

GKIDS has a strong track record in anime features. It has released Production I.G’s Miss Hokusai and A Letter to Momo, the Studio Ghibli library, Children of the Sea, Lupin III: The First, Lu over the Wall, Mary and the Witch’s Flower, and Hosoda’s Mirai, among other films.

It was previously announced that Anime Limited has acquired The Deer King for the U.K., Ireland, and France.