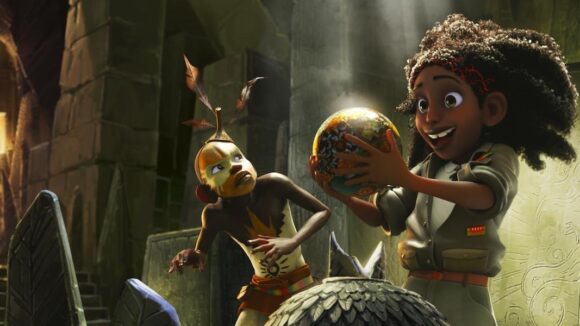 Why was Gebeka International launched? WBI co-head Vincent Maraval notes “a real evolution” in the animated feature business. “The independent animation scene is expanding while buyers of animated features are increasingly specialized in the sector,” he told Screen Daily. The activity around markets like MIFA and Cartoon Movie helped convince him of the need for a sales company focused on animation.

What is WBI? It is the film sales subsidiary of the major European producer-distributor Wild Bunch. The company is notable for selling many Studio Ghibli titles including The Red Turtle (which it co-produced), and its current slate includes The Summit of the Gods and Where Is Anne Frank. It has also sold countless prestigious live-action titles.

And what about Gebeka? The company has released many high-profile French and European animated features in France, including Calamity, My Life as a Zucchini, A Cat in Paris, Zombillenium, Another Day of Life, and Kirikou and the Wild Beasts.

Who will run Gebeka International? Maraval and Gebeka Films president Réginald de Guillebon will oversee the venture. The pair will handle acquisitions alongside staffers from their respective companies and a dedicated sales agent. They will report to WBI head of sales Eva Diederix.

What’s Sheba about? Set around the Horn of Africa, the story follows a young girl and boy’s adventures with a population descended from the legendary Queen of Sheba. The film is directed by Alexis Ducord and Benjamin Massoubre, co-director and editor respectively of Zombillenium, and produced by Paris’s Maybe Movies (Calamity). Delivery is due in the fourth quarter of 2024.

When will sales begin? Gebeka International will introduce the film at Cannes next month. CAA Media Finance represents U.S. rights.