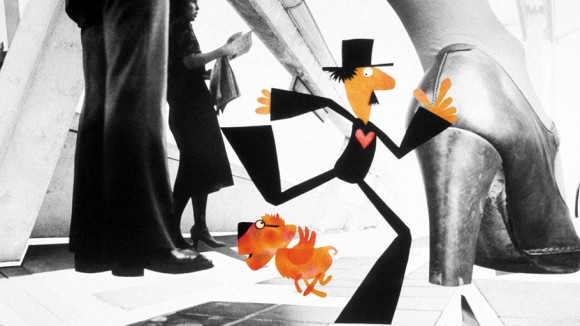 Warner Archive will release the cult 1983 feature Twice Upon A Time onto home video this spring. The news was confirmed last night in Brooklyn, New York, during a film screening at BAMcinématek, with director John Korty in attendance.

Executive produced by George Lucas and co-directed by John Korty and Charles Swenson, the film was produced using Korty’s distinctive cut-out animation process called “Lumage.” Though flawed in the story department and sounding dated due to its ’80s-pop score, Twice Upon A Time is nonetheless a tour de force achievement in animation art, featuring contributions by many artists who would go on to big things, including Henry Selick (Coraline, The Nightmare Before Christmas), David Fincher (Fight Club, Se7en), and Harley Jessup (production designer on Ratatouille and Monsters Inc.).

Both versions of the film—Korty’s original and the “adult” version made without his knowledge—will be released onto home video. There are no other details yet, but Warner Archive confirmed in a tweet last night that it’ll be coming out this spring:

“@HQ10: John Korty confirms that TWICE UPON A TIME is finally coming to DVD – both versions!” Coming this Spring!

The story of film’s production is almost as interesting as the film itself, and it was exhaustively documented in a 32-page piece by Taylor Jessen in Animation Blast #9, a magazine I used to publish. A shorter piece about the film by Taylor can be read on his website.