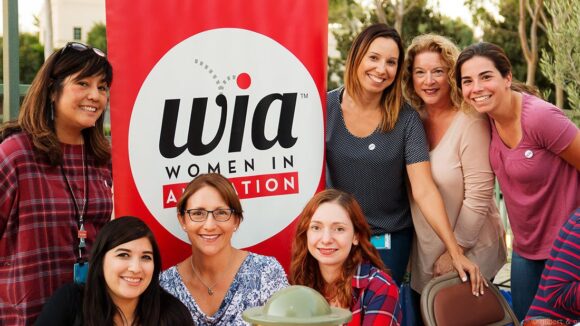 Women in Animation (WIA), and its younger French sister organization, Les Femmes s’Animent (LFA), together with various corporate partners (including The Walt Disney Studios) and French organizations, are putting together the first Women in Animation World Summit, set to take place next month at the Annecy International Animated Film Festival in France.

Scheduled for the festival’s first day, Monday, June 12, at the Impérial Palace Hotel (Rotonde Room), the summit is a day-long symposium of panels and discussions exploring a wide range of topics related to the growing role of women within the industry, especially on the creative side where women artists are systemically underrepresented. “Our big focus for this year is on recognizing and understanding unconscious bias, an achievement which will help everyone work together towards WIA’s goal of bringing equity to creative leadership in our industry by 2025,” said WIA co-president Marge Dean.

“Annecy has always been a place of debate and exchange,” said Mickael Marin, the head of Annecy’s business market MIFA, “and we are proud to support and welcome such great dialogue during the first-ever Women in Animation World Summit at MIFA. Our support of this initiative carries on from our festival theme of honoring women in 2015, and the two years of rich collaborations with WIA and LFA that have followed.”

Here is the line-up of talks:

9:30am -10:30am — Exploring Unconscious Bias
Julie Ann Crommett (vice president of multicultural audience engagement at the Walt Disney Studios and WIA chair of industry relations) will present an introduction to the topic of “Unconscious Bias.” Julie Ann will be introduced by WIA co-president, Marge Dean.

10:30am – 12:00pm — 50/50 by 2025 – How Are We Getting There?
Lindsay Nadler (director, human resources, Walt Disney Animation Studios) will lead a discussion with top industry filmmakers and executives such as Jinko Gotoh (producer, Warner Animation Group and WIA secretary), Alison Mann (vice president of talent, Illumination Entertainment), Corinne Kouper (director of development of TeamTo and president, Les Femmes s’Animent), and Lindsay Watson (animation producer, Canuk Productions Ltd. and president, Animated Women UK) on how to reach WIA’s goal of 50/50 gender balance in creative leadership roles within the animation industry by 2025.

In addition to the symposium, Les Femmes s’Animent will host a series of informal breakfast discussions open to all festival attendees. These events will take place Tuesday-Friday, June 13-16, from 8:30-10:00am at the Brasserie du Parc (12 Rue Centrale, 74940 Annecy-le-Vieux). A new topic will be discussed each day: