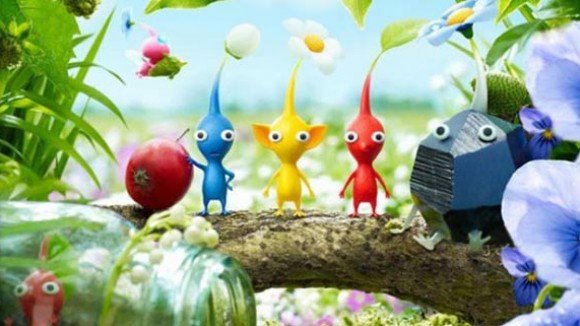 As part of the 27th Tokyo International Film Festival’s animation focus this year, they will host the 3D premiere of PIKMIN Short Movies produced by videogame legend Shigeru Miyamoto, creator of Nintendo’s Mario, Donkey Kong, and The Legend of Zelda.

The Nintendo-produced short is the result of a “research project to give more life to the game characters of Pikmin” and is the first stand-alone short related to the game series. Here is a description of the project:

Pikmin are a mysterious mix of plant and animal. Captain Olimar is an astronaut who happens to come to their planet. Pikmin live together with him and collect various treasures on the planet. Pikmin come out from their game world and appear in a CG animation film. This omnibus film contains three short episodes: “The Night Juicer,” in which Captain Olimar makes his favorite juice; “Treasures in a Bottle,” in which Pikmin meet a strange treasure; “Occupational Hazards,” a big adventure at a construction site.

The October 25th screening will be followed by a conversation between Miyamoto and Nobuo Kawakami, chairman of Dwango and a producer-trainee at Studio Ghibli.

Tickets to the event, which are free, will be available beginning October 11th. Details will be posted on the TIFF website. The Tokyo International Film Festival runs between October 23-31.