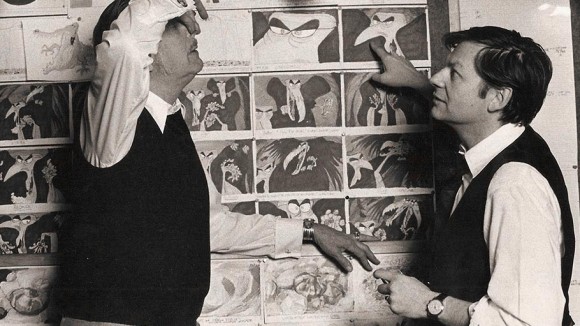 The Annecy International Animated Film Festival, which has already unveiled some of its special programming events for its upcoming edition, confirmed last Friday that Richard Williams will attend the festival this year, his first visit since 2008.

The acclaimed Canadian-British animation director will present two sessions at the festival. The first is a screening of the director’s cut of The Thief and the Cobbler, which first premiered in December 2013 in Los Angeles. It’s a reconstruction of the workprint as it looked in 1992 when Williams was forced to abandon the film and a completion bond firm took over its production. The second event will be a conversation with the director.

On a separate but related note, Faber & Faber has just released Williams’s Animator’s Survival Kit in an iBooks version. Unlike the iPad version, that we reviewed here, the iBooks version can also be used on a Mac laptop or desktop computer, in addition to iPads and iPhones. You can pick up a digital iBooks copy on the iTunes Store.