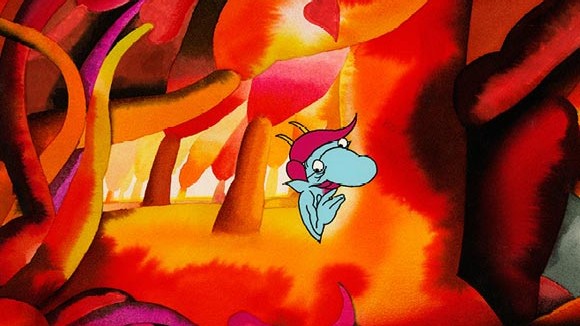 [UPDATE: Some commenters have been told by the museum that Bruno Bozzetto won’t be in attendance. However, the museum website still lists him as attending. It’s best to call the Walt Disney Family Museum beforehand to confirm if Bozzetto will be there.]

If you happen to find yourself in San Francisco on Saturday afternoon, you’d be wise to attend the “The Work and Genius of Animation Wizard Bruno Bozzetto.” The subject of the event, animation legend Bruno Bozzetto, will be making a rare visit from Italy to celebrate the opening of his new exhibit at the Walt Disney Family Museum.

Bozzetto, who’ll discuss his early fascination with Disney films, will be joined at the Disney museum by the exhibit’s curator Federico Fiecconi, and an all-star panel of filmmakers comprised of John Canemaker, John Musker and David Silverman. Tickets are $20 (non-members), $18 (members) and $15 (ages 17 and under), and available at the Disney Museum website. To whet your appetite, check out this selection of Bozzetto’s animation.