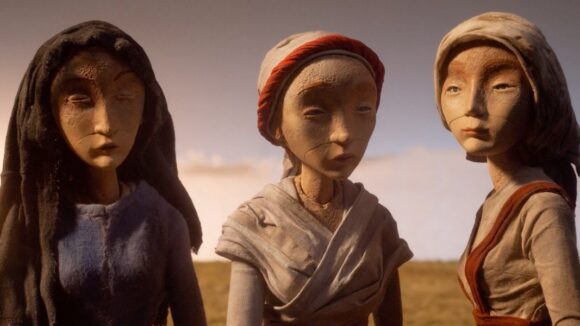 The pandemic continues to give festival organizers headaches, but it’s offering them opportunities, too. In theory, going virtual lets them draw a wider pool of guests — and attendees. Anyone reading this can, with little effort and at minimal cost, attend a convention based in California and a festival normally held in Montreal in the next seven days.

Here are the details of the two events:

What? The second edition of the young Californian convention, which celebrates creators working across animation, live action, video games, and illustration. Many features from last year’s event have been ported over to the virtual platform, including an interactive “artist alley” that lets users sample the work of participating artists (see video below).

The event will feature more than 200 presentations. Highlights include a talk by character designer Brynn Metheney about her work on Scoob!, a presentation from Baobab Studios on the art and lighting in their new vr work Baba Yaga, and a panel in which leading Hollywood animation artists dissect the story and design of Bong Joon-ho’s Oscar-winning Parasite.

How much? Passes from $1

What? The world’s longest-running festival dedicated to stop motion, one of the areas of animation hardest hit by the pandemic. Undeterred, the event is moving online and doubling its length to seven days for its 12th edition.

The festival essentially consists of two halves. Short films are screening in and out of competition, including highlights of this year’s circuit like Sororelle (image at top) and Ties. Then there are the industry talks and masterclasses. Guests this year include Jean-François Lévesque, the Montreal-based filmmaker behind this year’s I, Barnabé, and animator Justin Rasch, whose credits include Kubo and the Two Strings.

How much? Passes at CA$40 (USD$30) + tax; tickets available for individual screenings/talks