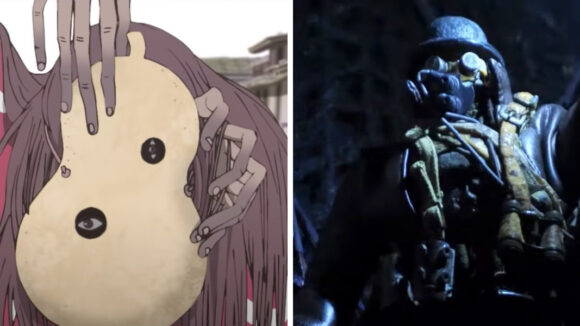 Teasers for two highly anticipated animated features have dropped ahead of the films’ world premieres.

Masaaki Yuasa’s Inu-Oh will premiere at Venice Film Festival (September 1–11), in the Horizons section. The feature is a musical period piece set in 14th-century Japan, starring a cursed Noh performer and a blind biwa lute player. It will come out in Japan in early summer, having been pushed back from this year, and will be released in North America by GKIDS. Watch the trailer below:

Mad God, the experimental stop-motion feature from effects legend Phil Tippett (Jurassic Park), will premiere out of competition at Locarno Film Festival (August 4–14). Tippett has been working on the film — which is said to be set in a Miltonesque world of monsters, mad scientists, and war pigs — on and off for three decades, and he has released segments of the film in the past. Watch the trailer below:

Both Locarno and Venice are planning onsite editions. Locarno will present Tippett with its Vision Award Ticinomoda, which honors outstanding creative work behind the scenes. It will also give its inaugual Locarno Kids Award to Mamoru Hosoda, whose latest feature Belle will be screened at the festival.

Mad God will also play at Fantasia International Film Festival (August 5–25), where Tippett will appear for a masterclass. Worse than the Demon, a documentary about the artist by his daughter Maya, will get its world premiere at the virtual festival, which is geo-locked for Canadian viewers.