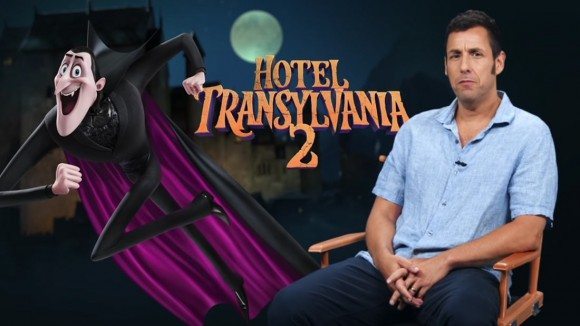 Adam Sandler is expanding his animation empire; the comedian has signed an overall deal to write, produce, and star in a new untitled animated project for STX Entertainment.

The deal, made through Sandler’s Happy Madison Productions, is the second announced animation project for the new Hollywood studio STX; the company is also developing an animated feature based on Uglydoll plush toys. No details about Sandler’s project have been announced yet, except that it will be a family-oriented project with an eye toward creating a franchise.

Sandler’s deal with STX is an obvious choice considering that the studio was co-founded by Bob Simonds, who has produced many of Sandler’s films including The Wedding Singer, Big Daddy, The Waterboy, and Happy Gilmore. The well-funded company, which plans to produce 12-15 motion pictures a year, was profiled recently in The New Yorker.

“As we continue to grow our company, the family arena is of critical importance to STX Entertainment and we are tremendously excited to have Adam Sandler and Happy Madison developing projects with us for the global animation market,” said Adam Fogelson, chairman of the STX Entertainment Motion Picture Group. (Fogelson worked with Illumination Entertainment on the Despicable Me films and Minions when he was chairman of Universal Pictures.) “Happy Madison is one of the most consistently successful and talented producers of family entertainment working in the business today. They have steadily been building this brand in this arena for years with the incredible success of the Hotel Transylvania animated franchise. Adam already has some wonderful ideas about what he wants to develop with us.”

Of course, how much Sandler actually had to do with the success of Sony’s Hotel Transylvania franchise is a hotly debated topic within animation circles. Many in the industry feel that the series is a hit in spite (not because) of Sandler’s contributions, and attribute its success to director Genndy Tartakovsky, who alluded in an interview with Cartoon Brew that working with Sandler was difficult (an assessment echoed by execs in the Sony leaks).

The only other animated feature that Sandler can take responsibility for is Eight Crazy Nights, a 2D film released in 2002 that didn’t exactly light the box office on fire.

Simonds and Fogelson, however, obviously believe that Sandler will be the key to their success in animation. Time will tell if they made the right call.