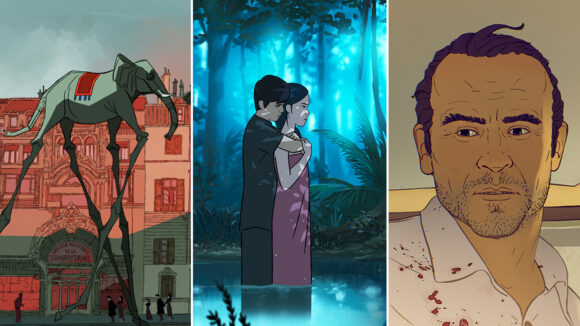 Animation is Film (AIF) announced today the preliminary competition lineup and jury for its second annual edition, set to take place October 19-21 at the TCL Chinese Theatre in Hollywood.

The festival, produced by GKIDS in partnership with Annecy Int’l Animated Film Festival, Variety, and Fathom Events, provides a much-needed promotional platform for all of the international and independent animated features that often struggle to draw attention in the United States, where Hollywood content dominates the multiplexes.

Or as GKIDS CEO Eric Beckman puts it, “For film lovers and creators who can’t travel to Annecy or the other major animation events, AIF brings the best animated filmmaking from around the world under one roof for a long weekend of big-screen binge-watching, filmmaker Q&As, red carpet premieres, studio events, workshops and parties.”

The 11 animated features in this years competition line-up include new films from Asia, Europe, South America, and North America. Nine of those films will have their U.S. premieres at the festival, and two of them will have their world premieres: Buñuel in the Labyrinth of the Turtles from Spain and Pachamama from Argentina and France.

AIF has selected Mamoru Hosoda’s Mirai as the opening film of the festival. Hosoda will attend the event, and will also present a retrospective of some of his other films: Wolf Children, The Boy and the Beast, Summer Wars, and The Girl who Leapt Through Time.

Tickets are now on sale and can be purchased at animationisfilm.com. Cartoon Brew is proud to be a media sponsor for the event.

The list of films in competition is below, followed by the jury members for this year’s event: