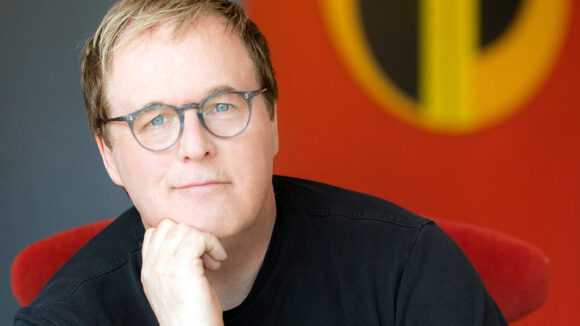 Brad Bird will direct and produce his next feature, Ray Gunn, for Skydance Animation.

It’s his first animation project since Disney-Pixar’s Incredibles 2 (2018), which remains the highest-grossing Pixar production of all time.

The retro-futuristic Ray Gunn is an unproduced project that Bird had originally developed as a hand-drawn feature at Turner Animation back in the mid-1990s. The project proved too far ahead of its time – it was an intelligent and dark genre film in an era of Balto and The Pebble and the Penguin. Bird had to set it aside; he would go on to eventually make his feature directorial debut with the family-friendly boy-and-his-robot tale The Iron Giant.

Bird wrote Ray Gunn’ script with Matthew Robbins, though it’s unclear whether for this new production, he’ll work from that script or rewrite it. Bird has directed six animated and live-action features since he first came up with the idea for Ray Gunn, so it wouldn’t be a surprise to see that his creative vision for the film has evolved over the course of decades. Here is how he described the film’s milieu back in the 1990s:

I wanted to do a detective story set in the future, but I wanted that future to be seen from the same time period during which the detective story was at its peak – the thirties, generally speaking – before World War II and the atomic bomb made the world a smaller place, and the future less than rosy.

This is an ART DECO future where everything is streamlined within an inch of its life, where cities are gargantuan jewels that stretch into the heavens, where flying cars stream through the sky, where creatures from other planets have joined the melting pot, and holograms are only in black and white.

At the same time I wanted to combine two disperate [sic] worlds from the same period: the squeaky clean look of Buck Rogers and the contemporary, gritty, been-around characters from pulp novels.

Bird will produce the film with his former boss at Pixar, John Lasseter, under which he made The Incredibles series and Ratatouille. David Ellison and Dana Goldberg will also produce for Skydance Animation.

Speaking about Ray Gunn with Deadline, which first reported the news, Bird said that he has “had some of my best filmmaking experiences with Skydance and Pixar, so it’s wonderful to be working with David [Ellison], John [Lasseter] and Dana [Goldberg] again under one roof on Ray Gunn, a film I’ve wanted to make for a long time. We all love movies, and are crazy excited to create something new, thrilling and intensely cinematic.”

Lasseter joined Skydance in January 2019, after being forced out of Disney over sexual harassment allegations. Bird was among the very few (if not the only one) of Lasseter’s former colleagues who remained supportive of him publicly, and he did so knowing that it would cause blowback. He prefaced his comments about Lasseter to an interviewer by saying that, “These times are not good for nuance. You’re either 100 percent for something or you’re 100 against something.” He then went on to say, “I’m an old friend of John’s and I don’t see him in black and white. I see him as a person like anyone else. He was a person who was very protective of us at a time when we needed it. So my feelings are a little bit more complicated.”

Though other Lasseter collaborators have remained largely silent about what happened at Pixar, it’s become clear that there are many top figures in the industry who are willing to give him another chance.

Cartoon Brew has heard through the grapevine that another former Lasseter colleague who has been developing projects for Skydance Animation is Rich Moore, director of Disney’s Zootopia and Wreck-It Ralph. Moore’s association with the studio has not been publicly confirmed, though it is widely known in the industry.

Tangled director Nathan Greno has also moved over to Skydance, where he has been developing a project called Pookoo (working title).

Skydance Animation’s first feature, Luck, directed by Peggy Holmes, will debut on Apple TV+ on August 5, 2022. The animation studio has a multi-year overall deal with Apple.