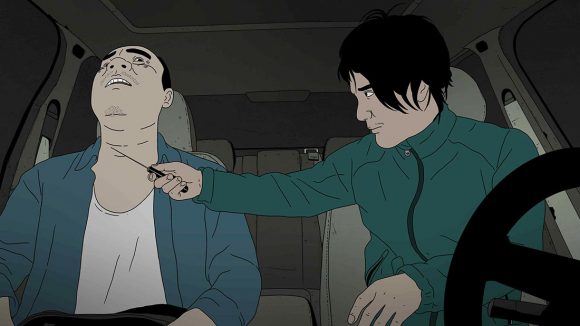 Liu Jian’s Have A Nice Day, a 2D animated feature that ran afoul of China’s government authorities and was barred from screening at Annecy last year, is set to debut in the United States later this month.

Strand Releasing will open the film in New York City on January 26, and February 2 in Los Angeles, followed by a limited release in other cities across the United States.

Below is the film’s official English-subbed trailer:

Set in a southern Chinese city, Have A Nice Day is about a driver, who in a desperate attempt to find money to save his fiancée’s failed plastic surgery, steals a bag containing 1 million yuan (around $150,000) from his boss. News of the robbery spreads fast within the town and, over the course of one night, everyone starts looking for Xiao Zhang and his money.