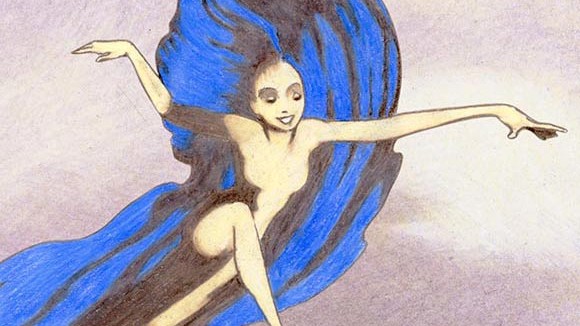 GKIDS has acquired the North American rights to the mixed-media anthology feature Kahlil Gibran’s The Prophet and plans to release it theatrically this summer. The project was spearheaded by the Mexican/Arabic actress Salma Hayek, and screened at major festivals last year including Cannes, Toronto, and Doha.

Based on the prose poetry of early-20th century Lebanese writer Kahlil Gibran, the feature was written and directed by director Roger Allers (The Lion King, Open Season). Allers’s narrative wrap-around is made with computer animation (though made to look illustrative), while the film’s individual “chapters” are mostly hand-drawn. The artists who designed and directed segments for the film were Tomm Moore (Song of the Sea), Joan Gratz (Mona Lisa Descending a Staircase), Bill Plympton (Guard Dog, Cheatin’), Nina Paley (Sita Sings the Blues), Joann Sfar (The Rabbi’s Cat), Paul and Gaetan Brizzi (“Firebird Suite” in Fantasia 2000), Michal Socha (Chick) and Mohammed Harib (Freej).

“We are thrilled to be working with Salma and the entire creative team to bring this stunning and deeply moving film to theaters,” GKIDS president Eric Beckman said in a statement. “The film’s message about freedom and the power of human expression could not be more relevant and timely.”