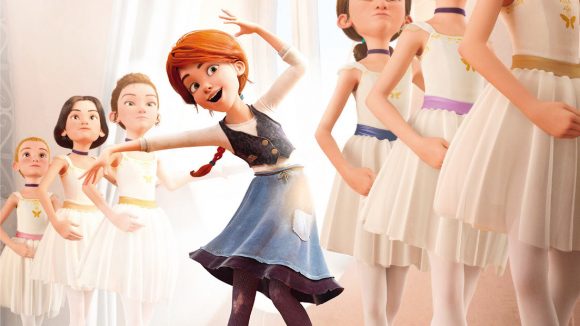 The Weinstein Company (TWC) has delayed the theatrical release of Leap!, the English-language version of the French/Canada co-pro Ballerina.

The film, which had been scheduled to come out on April 21, has now been moved to September 1 to take advantage of Labor Day Weekend.

“I can’t tell you about how much I love Leap! and that’s why I’m moving it,” TWC co-chairman Harvey Weinstein said in a statement. He further explained:

The producers made a fantastic family film when they created the French version of the film. Our team has done an incredible job building on their vision with the American version.…We have made the decision to move back to Labor Day and build the awareness and excitement within our audience. As always, I want to do what is best for the film, which I think is the best animated film I’ve ever made, and test audiences have agreed. I screened the film just last weekend for Trevor Drinkwater and Geena Davis and they absolutely loved it.

Drinkwater and Davis will host the premiere of the film in May at the Bentonville Film Festival in Arkansas.

This marks the second time that TWC has delayed the film’s release. Leap! was originally scheduled to launch March 3 in the U.S. before being pushed back to April 21.

The film is directed by Eric Summer and Eric Warin. Budgeted around US$30 million, it has performed well abroad, grossing nearly $50 million to date.

In 2015, TWC repeatedly delayed the release of the Argentinean animated feature Underdogs, and eventually pulled its theatrical debut, sending it out straight to DVD and on-demand.

The last animated film that TWC managed to place into theaters was 2013’s Escape from Planet Earth, which grossed $57 million. Back when Weinstein ran Miramax, his company similarly acquired already-produced animated features, but the titles were scattered in quality and focus, and the studio never made a dent in the animation market.